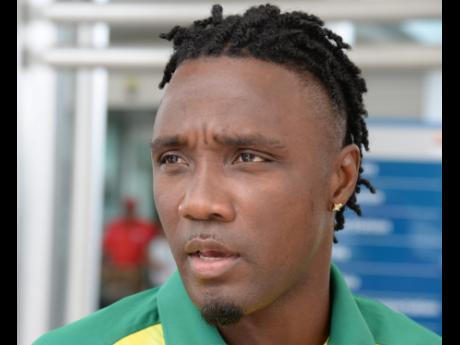 Theodore Whitmore's Boyz made the task difficult for themselves, allowing midfielder Ludovic Baal to give French Guiana the lead. Baal, who plays his club football for RC Lens in France, scored in the 10th minute.

The Reggae Boyz equalised in the 70th minute through Tivoli Gardens talisman Jermaine 'Teddy' Johnson. Three minutes later, the Jamaicans found themselves in difficulty once more when head coach Whitmore was sent to the stands for arguing with the officials.

Former Chelsea and France midfielder Florent Malouda missed a chance to prevent the game going to extra time when his shot narrowly went wide in the 89th minute.

With the start of extra time, Jamaica's woes were compounded when defender Ladale Richie was sent off two minutes in after a professional foul just outside the penalty area.

Jamaica's goalkeeper Dwayne Miller was forced into action once more, as he was on many occasions on the night, in the 117th minute when he narrowly tipped a cross turned shot over the bar before it could dip into the net.

No winner was found in extra time and the teams went to penalties.

Portmore United midfielder Michael Binns, known for his prowess striking a dead ball, made a mess of his kick, putting it wide of the goal but was spared when Rhudy Evens kicked the next shot over the bar for French Guiana. Owayne Gordon, Shamar Nicholson, Oneil Fisher and Cory Burke all scored for Jamaica to ensure a spot in Sunday's championship game.