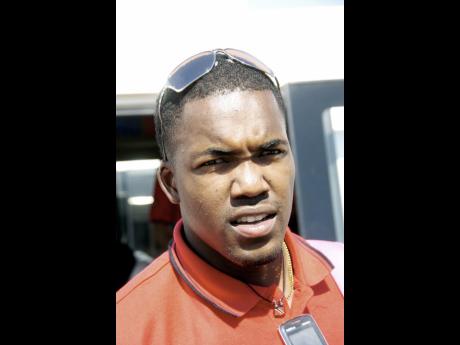 Estranged West Indies left-hander Darren Bravo has accused Cricket West Indies (CWI) of not affording him due process in the decision to axe him from the Tri-Series tour of Zimbabwe last November, and bar him from future selection.

Breaking his silence for the first time since the controversy erupted eight months ago, the 28-year-old said CWI's only communication with him was to indicate that his contract had been terminated and to inform him of flight details home.

He said no CWI official had sought to engage him on the matter, and he found this particularly disappointing since, in the past, his future to West Indies cricket.

"Even though you saw a tweet on my Twitter account, no one actually asked me if I did that," Bravo told Massy United Insurance's Line & Length Network in an exclusive interview set to be aired this weekend.

"I went to sleep the day after the tweet, woke up at 6:30 a.m. trying to get myself ready to head to Zimbabwe for the Tri-Series, and, all of a sudden, I saw two emails - one from Roland Holder (CWI cricket operations manager) and one from Richard Pybus (former CWI director of cricket) - stating that my contract had been terminated and I was being sent home.

"The other email was from Roland Holder with my flight details, but no one actually asked me anything."

He continued: "I was also given an ultimatum, after being sent home, to take down the tweet by 4 p.m. and apologise on Twitter, but at the end of the day no one can prove if Darren Bravo actually went on his Twitter account and tweeted that.

"There was no due process; there wasn't anything. No one asked me anything. Up to this day, no one called me and asked me, so it has been very disappointing."

The impasse arose last November after Bravo rejected a downgraded central contract from CWI and President Dave Cameron subsequently said in a television interview that the player had not merited an enhanced retainer because of his "declining averages" and "poor performances".

Cameron mistakenly inferred that Bravo had previously held a Grade A contract, prompting a Twitter rant from the Trinidadian in which he labelled the Jamaican administrator "a big idiot".

Barbadian lawyer Donna Symmonds, a member of Bravo's legal team, said her client's rights had been breached and said subsequent attempts to negotiate with CWI had ended in frustration.