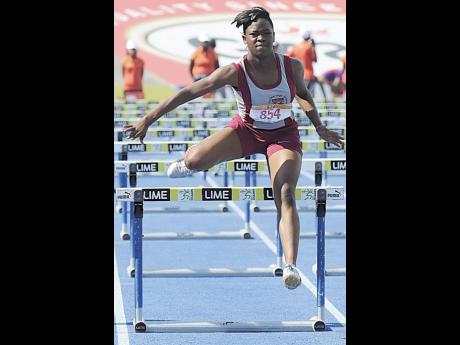 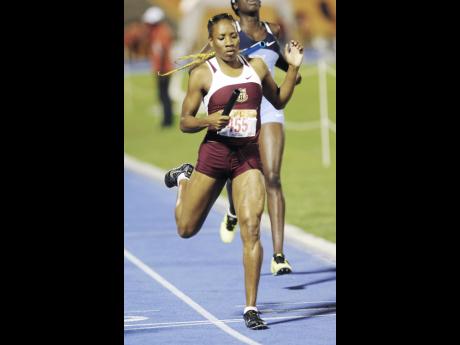 ACTION is expected to reach fever pitch when competition on the second day of the JAAA National Senior Championships gets under way today with the staging of three finals in the field and six on the track. The following are the previews of 10 selected events and a likely top three.

No stopping the fastest woman in the world in this event. Elaine Thompson is the overall Diamond League winner and has already qualified for IAAF World Championships. The Stephen Francis-coached athlete will not double in London and will compete only in the 100 metres at the Trials. She is the world leader with a best of 10.78 seconds at the Shanghai Diamond League in May. Simone Facey, Joniel Smith, Christania Williams, Sashalee Forbes, and Natasha Morrison will battle for the other two spots.

A wide-open race with Thompson out. Following her third-place finish at the Diamond League last week with a season's best of 22.77, Simone Facey is given the nod.

Shericka Jackson, the World and Olympic bronze medallist, usual peaks late in the season and NCAA Division 1 champion Chris Ann Gordon should capture her first senior title. She is the most consistent Jamaican so far in the event with a best of 50.39 seconds. Jackson will definitely be second, with third up for grabs. Veteran Novlene Williams-Mills and Stephenie Ann McPherson should decide third.

It is unlikely that the defending World Champion Danielle Williams will start here. Even if she starts, no one will stop the vastly improved Rushelle Burton. Since winning a silver medal at the IAAF World Under-20 Championships in Poland last year, she has moved from strength to strength and recently became the fastest-ever freshman in the event at the NCAA Outdoor Championships after her third-place finish in 12.65 seconds.

2. Danielle Williams (if she starts)

Yohan Blake is looking like his old self, and after two sub-10 seconds on home soil at the JII meet and the JN Racers Grand Prix, he should make it win number three at the National Stadium in less than four weeks. Veteran Asafa Powell is battling injury, but he will be dangerous. Others like Jevaughn Minzie, Odean Skeen, and Nickel Ashmeade are ready to pounce.

A quick double for Blake here with a very interesting battle for the next two spots.

This could be the event of the championships. A new champion will be crowned as defending champion Javon Francis is out injured. A cracker here, but the consistent Nathon Allen, who was third a year ago, is given the edge over Demish Gaye and Akeem Bloomfield.

Olympic champion Omar McLeod will start as the favourite here. The world leader with 13.01 seconds, he will be looking for his third title in three years. Great competition should come from both Ronald Levy and former champion Hansle Parchment. McLeod cannot put a foot wrong here as new kid on the block. Levy is well conditioned for the 'kill' and could provide the upset of the championships.

Jaheel Hyde is ready for his first senior title. He loves competing at the National Stadium and will want to satisfy his expected big fan club by taking the big prize. However, he should find the NCAA bronze medallist Kemar Mowatt in his way. Mowatt has been consistent all season and has gone sub-49 seconds twice and is expected to go low 48 seconds here. After knocking on the door for some time, it could be breakout for AndrÈ Clarke, the former Vere Technical and G.C. Foster College man.