Holder: Windies will focus on winning 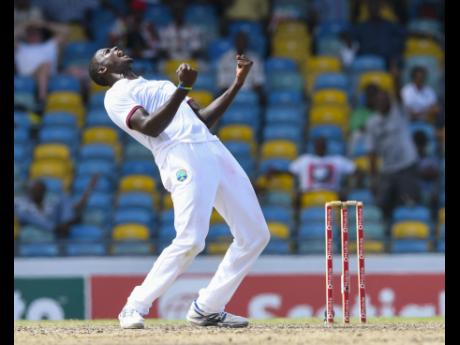 West Indies are not taking any comfort from the coaching controversy overshadowing India's trip to the Caribbean, as they look to turn the tables on the powerhouses in the opening One-Day International (ODI) of the five-match series bowling off here today.

And with all eyes focused on the side for possible fallout during the series, West Indies captain Jason Holder said his side would be focusing on their execution and not on India's internal problems.

"That's no concern for me. At the end of the day, we've still got to play cricket. We've got to focus on West Indies and what's best for us," Holder said yesterday.

"India will deal with their own problems. We've just got to face them and play them."

He added: "Once we do the right things and execute our plans, we have a good chance of beating India. But we have to play cricket on the day."

West Indies have kept the same 13 from the recent Afghanistan series, but will be hoping for a diametrically opposite performance to the one that saw them struggle to a 1-1 draw in the three-match series in St Lucia.

The hosts crashed to a shocking 63-run defeat in the opener and then struggled to overhaul a modest target of 136 in the second ODI before winning in the 40th over.

Holder said a lack of experience in batting had led to their recent woes. He contended that once the young team found their footing, performances would improve.

"Experience counts a lot for it. The more we play together as a unit, the more guys will understand the international circuit and how the one-day game has transitioned," the all-rounder explained.

West Indies enter the game on backs of a poor run, without a win in their last five series and having won just three of their last 16 ODIs.

The record has seen them lose pace in the race for automatic qualification for the 2019 Cricket World Cup, where they need to be in the top eight in the ICC rankings by September 30.

West Indies are currently ranked ninth and need a positive result in the series against India to gain valuable rankings points.