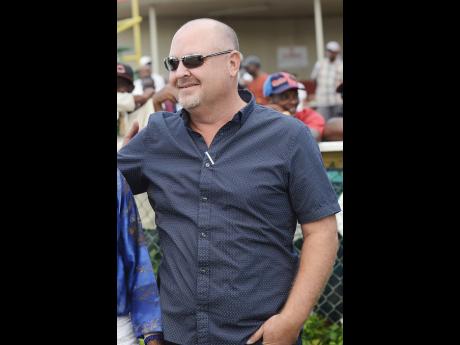 ANTHONY NUNES' grey VERY CLASSIC appears back to form after posting a cracking five-furlong victory over FORT KNOX, clocking that 59.2 on May 20, a performance which should see her repeating at a half-furlong longer in this afternoon's seventh race.

Among her six rivals are FORT KNOX, which has been catching birds at exercise since that loss, and Richard Azan's MONEY MAGNET, who failed to finish the 10-furlong Jamaica Oaks on April 29 but is a tough filly and has been competing against the best of her peers from last year's two-year-old season.

Though MONEY MAGNET's class jumps off the pages of the form book, the rigours of running three races in five weeks - third behind the gelding FEARLESS SAMURAI on March 1, before being pummelled by SHE'S A MANEATER in the Thornbird Stakes and Guineas, March 18 and April 8, respectively, resulted in her being jaded for the Oaks.

After skipping the Derby, MONEY MAGNET reports off two months of well-needed rest, back among sprinters where she really belongs.

However, her preparation appears a bit dodgy, getting her first half-mile last Saturday morning, a modest 49.1, though easy, in the company of stablemate FIVE STAR.

MONEY MAGNET faces race-fit bullet horses such as VERY CLASSIC, SARAH LEE, LIGHTNING LILY and FORT KNOX, runners who, on her best day, she should beat, but not as lightly trained as she appears.

Nunes' grey was keen in victory against FORT KNOX, chasing and overhauling Feanny's speedster while blitzing MR UNIVERSE, who could not improve past third down the backstretch. VERY CLASSIC won going away at five furlongs and should have no problems going a half-furlong longer with 52.0 kilos.