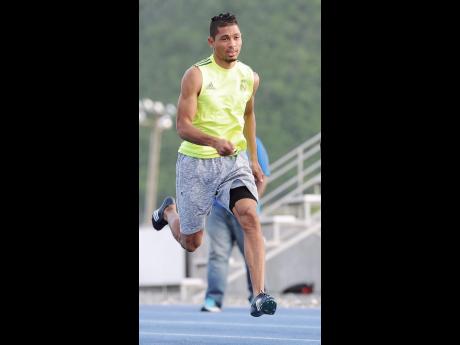 One of the highest-profile athletes in Lausanne for today's Diamond League meet is the South African Wayde van Niekerk. It is therefore no surprise that he has been getting the most attention since his arrival on Monday.

At yesterday's press briefing, a full house was present as the man of the moment took the spotlight. When he enters the track today at 2:40 p.m. (Ja time) in the men's 400m, it will be his first one-lap race in Europe this season.

"This will be my first 400m race in Europe this season, and I do not have any particular target. I am confident, (so) let's see what I can do," van Niekerk said when asked if he is looking to go sub-44 seconds in his race today.

" I never think of breaking records. I still need to improve my endurance and my resistance to be ready for London. If I don't go sub-44 seconds I won't be disappointed as my goal is to have a great performance ... that is the most important point, not to chase times," he added.