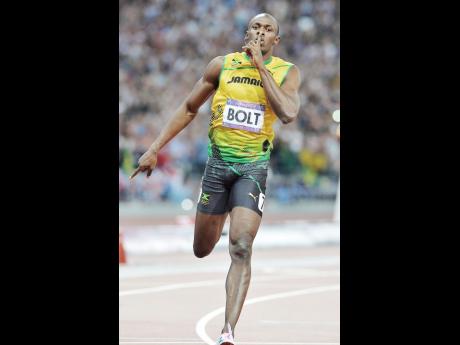 A prominent athletics magazine has allotted 11 medals to Jamaica’s 2017 World Championships team. The predictions, done online by the respected US publication Track and Field News, pinpoint Usain Bolt, Elaine Thompson, Omar McLeod and Fedrick Dacres as individual winners. One more gold medal is forecast for Jamaica with this coming in the men’s 4x100-metre relay.

Bolt and Thompson, double sprint Olympic champions last year, have been picked to win their respective 100 metres finals. According to the magazine, McLeod, Jamaica’s third 2016 Olympic victor, and Ronald Levy will give Jamaica a 1-2 in the 110 metre hurdles.

Dacres, the former World Junior Champion, stands atop the predictions for the men’s discus throw.

The other Jamaican medals are expected to come from defending 100m hurdles champion Danielle Williams, sprinter Yohan Blake, and all four relay teams. Williams is picked for the silver medal behind the American Kendra Harrison, and Blake is the prospective 200m bronze medal winner behind Wayde van Niekerk of South Africa and Canada’s Olympic runner-up Andre De Grasse.

Blake and De Grasse do not appear in the forecast for the 100m as the US pair of Justin Gatlin and Christian Coleman, the top-two finishers at the US Trials, are pegged for silver and bronze.

Van Niekerk was also picked to win the 400 metres, an event in which he set a world record of 43.03 seconds to win the Olympics last year.

Notably, 2015 bronze medal winners Shericka Jackson and O’Dayne Richards aren’t included in the July 2 list of predicted World Championship medal winners. In Jackson’s event, the 1-2-3 comprises Bahamian Olympic champion Shaunae Miller-Uibo, World champion Allyson Felix and her compatriot, Quanera Hayes, who ran 49.72 seconds to win the US Trials. Richards took a historic third place in the shot put in 2015, but Track and Field News has picked Ryan Crouser and World Champion Joe Kovacs to repeat their Olympics 1-2 for the United States, with New Zealand’s Tom Walsh to be third once again. All three have thrown much further than the Jamaican this year.

The predictions were done on July 2 in keeping with a long-standing Track and Field News tradition and will be updated as the World Championships get closer.