It’s just not clicking for us - Aguilleira 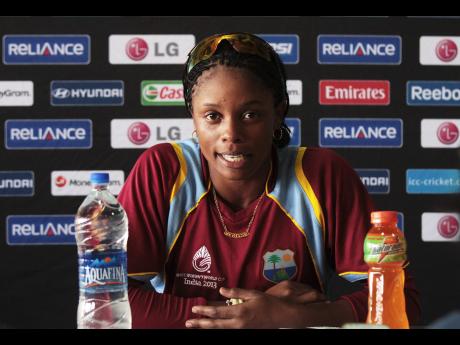 Veteran West Indies Women batsman Merissa Aguilleira says that she is at a loss to explain the side's wretched form in the ongoing ICC Women's World Cup.

The Caribbean outfit, the reigning Twenty20 World champions, has lost all four of its tournament games, along with their five warm-up fixtures, to be winless on the tour.

"I am pretty much disappointed. I know the entire team is really disappointed in the way we started off and keep going on throughout this tournament," said the Trinidadian, who celebrated her 100th One-Day International in the eight-wicket defeat to New Zealand Women on Thursday.

"We know our potential. We knew what this team has and we know what we can do, but apparently, it's just not clicking for us. Nothing is working for us.

"I guess this time is where we have to regroup as a team and what I admire about the players is that they are sticking together in this rough period and we have to give God thanks for that because at the end of the day, we could have been in a devastated place mentally."

While West Indies have been unable to halt their losing slide, more worrying has been the manner of their defeats.

They lost their opener to reigning champions Australia Women by eight wickets; went down to India Women in their next game by seven wickets before suffering embarrassment in their third match against South Africa Women when they were bundled out for a tournament-low 48 to lose by 10 wickets.

On Thursday, their batting improved slightly, managing to muster 150, but it was not enough to press for their first victory as the Kiwis easily overhauled the target.

West Indies take on Sri Lanka in Derby on Sunday in their next game.