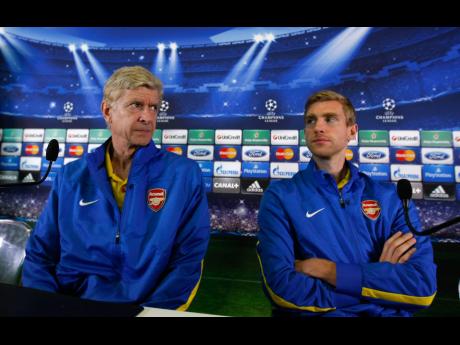 MUNICH (AP): Bayern Munich goalkeeper Manuel Neuer will miss the club's summer tour to China and Singapore as he continues his recovery from a broken metatarsal.

Neuer says, "Everything's going to plan. I'm aiming to be fit for the first game of the season against Bayer Leverkusen. I'm going to work hard every day to achieve that."

Neuer injured his foot in April and was on crutches until this week. Bayern starts the new Bundesliga season against Leverkusen on August 18.

Bayern is playing four exhibition matches in Asia from July 16 to 28.

LONDON (AP): Arsenal defender Per Mertesacker will play one last season at the Premier League club before retiring to become its academy manager.

The 32-year-old center back joined Arsenal in 2011. He quit international football after winning the World Cup with Germany in 2014.

Arsenal manager Arsene Wenger said yesterday that Mertesacker "is a great example for young players ... a deep thinker about the game" and "will be an inspirational figure for everyone connected with the academy."

AP: Authorities say the professional footballer who went into a coma after nearly drowning in Lake Tahoe, in the United States, likely suffered from cold-water shock.

Tahoe Douglas Fire Protection District Fire Marshal Eric Guevin said that San Jose Earthquakes midfielder Matheus Silva was swimming with teammates about 5:30 a.m. on Tuesday, about 20 yards from the shore of the public beach near the Zephyr Cove Resort, when he cried out for help and then went underwater.

By the time emergency crews reached him, his teammates and another bystander on a paddle board had rescued him and started CPR efforts.

The Earthquakes said that Silva emerged from the coma Thursday morning. The Brazilian defender was responsive and able to speak but will undergo additional testing. The 20-year-old was playing this season on loan for Reno 1868 FC, which is part of the United Soccer League in America.