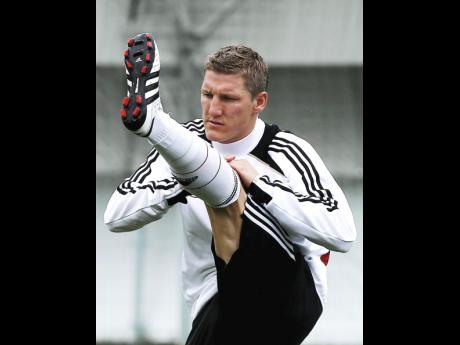 Schweinsteiger was on Germany's 2014 World Cup team. He is joined on the MLS squad by Chicago Fire teammate Nemanja Nikolic as first-time All-Stars. The MLS team will face Real Madrid and possibly star Cristiano Ronaldo on August. 2 at Chicago's Soldier Field.

Nikolic, who joined the Fire this season, leads MLS with 16 goals through 19 games.

"It's really a fantastic feeling that I will be part of this team and we can represent the league. We will play against the best team in the world with the best player in the world, and I hope everybody will enjoy this," Nikolic said. "We can be proud."

Goalkeeper Tim Howard of the Chicago Rapids will anchor a back line that includes fellow US national players DaMarcus Beasley of the Houston Dynamo and Graham Zusi of Sporting Kansas City.

Orlando's Kaka completes the 10 fan selections. The 11th starter is Toronto's Sebastian Giovinco, who was picked in a vote tied to EA Sports' FIFA 17 video game.

The All-Star XI along with MLS team affiliation: