Wimbledon 2017 | Nadal three wins from away from world number 1 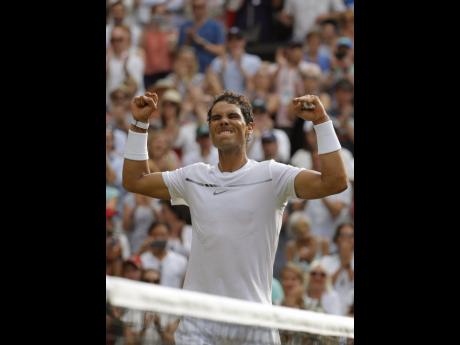 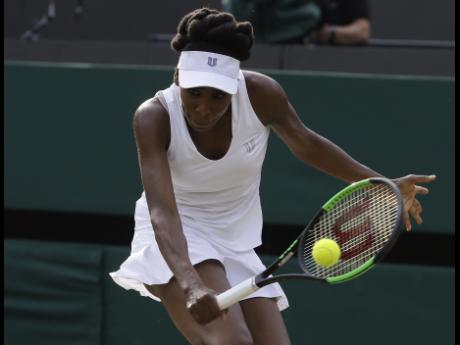 AP
Venus Williams of the United States returns to Japan's Naomi Osaka during their women's singles match on day five at the Wimbledon Tennis Championships in London yesterday.
1
2

Rafael Nadal is on his way to the fourth round at Wimbledon and he's three matches away from taking over as the number-one player in the world.

Nadal beat Karen Khachanov of Russia 6-1, 6-4, 7-6 (3) on Friday on Centre Court. If he reaches the final at the All England Club, the two-time Wimbledon champion will take over from Andy Murray as the top-ranked player in the world.

"First set and a half, I think, was very, very well. Very happy (with) the way that I played," Nadal said in a television interview after walking off the court. "Then it was a little bit tougher. I think I stopped a little bit with the legs and he started to hit stronger, but he's still a tough opponent and it's impossible to win easy."

Nadal was playing in front of several sports stars seated in the Royal Box. One of them was Sergio Garcia, the Spanish golfer who was wearing his green Masters jacket.

"He's having an amazing season, especially with that victory, amazing victory in the Masters," Nadal said. "So, just great to see him, and thanks for coming."

Nadal is having a pretty good season, too. He reached the Australian Open final, losing to Roger Federer, and won the French Open. The title at Roland Garros was his 10th at the clay-court major.

On Monday, Nadal will face Gilles Muller in the fourth round. Muller beat Nadal at the All England Club in 2005, but the Spaniard got one back in 2011. That was the last time Nadal got past the fourth round at Wimbledon, reaching the final, but losing to Novak Djokovic.

"He's a specialist on grass," Nadal said of M¸ller. "Probably his best surface, without a doubt."

Murray was next on Centre Court against Fabio Fognini.

The former number-one from Belarus, who gave birth to her first child in December, advanced to the fourth round by beating Heather Watson 3-6, 6-1, 6-4 on Centre Court.

Azarenka also lost the first set in her opening match, but that was only her third match since her return. Yesterday's match was her fifth.

"These are the matches that you're looking for," Azarenka said. "Try to find a way when not everything goes great."

The two-time Grand Slam champion will next face Simona Halep on Monday in the fourth round. The second-seeded Romanian beat Peng Shuai 6-4, 7-6 (7).

"I couldn't maintain my level high enough," Nishikori said. "He served well every set. Was really tough time (on) my return game."

Marin Cilic, the man who beat Nishikori in that US Open final, advanced to the third round by beating Steve Johnson 6-4, 7-6 (3), 6-4. The seventh-seeded Croat will next face Bautista Agut on Monday.