Edwards returns after year in wilderness 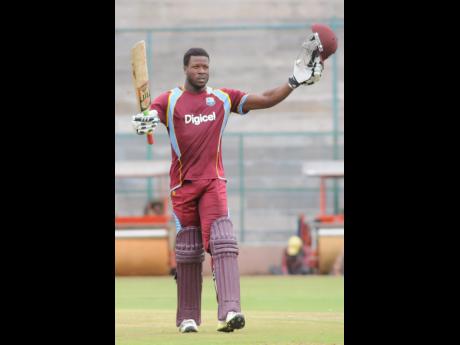 Former West Indies vice-captain Kirk Edwards is poised to make a return to Regional first-class cricket after a year of being on the sidelines.

The 32-year-old was on Friday picked up by Windward Islands Volcanoes in Cricket West Indies' player draft for the upcoming Professional Cricket League season.

Barbadian Edwards was ignored in last year's draft after turning out for Jamaica Scorpions during the previous season, scoring a modest 346 runs at an average of 23.

In the 2014-15 campaign, the right-hander struggled badly, scraping together 59 runs from seven innings for Barbados Pride.

His form also coincided with his decline at the highest level, where he played the last of his 17 Tests in 2014. He was good enough to score two Test hundreds and eight half-centuries.

However, there were no major developments in the event staged at the Jamaica Pegasus hotel. As previously reported, former Leeward Islands captain Devon Thomas has returned to the Hurricanes as one of the 10 protected players after representing Scorpions last season.

Hurricanes on Friday also picked up seamer Mervin Matthew, who has spent his career representing his native Windward Islands Hurricanes.

Meanwhile, three-time reigning champions Guyana Jaguars have made Youth World Cup star Keemo Paul one of their 10 protected players, following his impressive performances in three matches at the back end of last season.

And Pride have also invested in the country's Youth World Cup stars, Chemar Holder and Shamar Springer, with both registered as protected players.

The Regional first-class season is scheduled to bowl off in November.