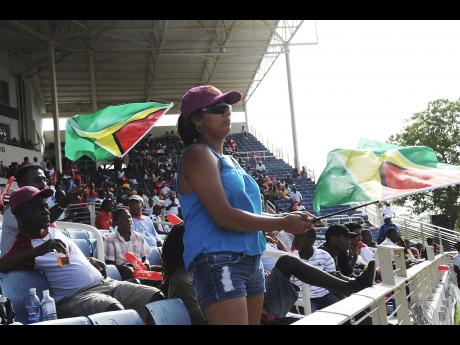 What is cricket? Cricket, simply put, is a game of bat and ball, or as one man once told another, it is a game in which one fool throws a ball to another fool, the other fool hits it, and one of 10 fools runs it down.

When I was a young man, cricket was still a game of bat and ball. It was, however, a game of intellect, and a game played from the grass roots to the levels of country-versus-country contests.

It also was a game which produced great players, and it was led by good and outstanding administrators; or so I thought, mainly because of how they conducted themselves and the business of cricket.

Today, if you ask anyone. What is cricket? He is lost for words: he can tell you that cricket is supposed to be a game of bat and ball, but nothing else, or nothing that is complimentary to the game, to Jamaica's cricket, to West Indies' cricket, and definitely not to the administration of the game.

In the wider world, cricket, or Test cricket, is in trouble, what with the lack of money driving players from poorer countries to the T20 leagues, the growing instances of empty stadiums, and the pay structure in Australia threatening cricket's greatest contest.

In Jamaica and the West Indies, however, there are many things wrong with cricket, things such empty stands, lack of money, lack of good coaches, lack of talented, dedicated, committed, and patriotic young cricketers.

In the West Indies, it is also a lack of togetherness between cricketers and management. It is patting oneself on the back at the slightest sign of a little success and not accepting the realities of poor technique, and, therefore, not working to solve it.

And in Jamaica, it is also the lack of a well-organised, meaningful, and regular top-level competition.

In Jamaica especially, cricket is a free-for-all competition in which whosoever will may come and play, or something like that.

Top-level competitions are usually competitions in which, among other things, players compete against the best, and that is what the players want, the good players.

There is no competition when the strong meets the weak.

Jamaica's cricket, however, has been busy making the news almost every year since Jackie Hendriks resigned as president of the Jamaica Cricket Association (JCA), and it has been making the news, not because of the administrators' record of good management, or of producing good cricketers, but because of cries of infighting, of fighting for power, of poor management in every way, including as far as it concerns the development of cricket.

Each time in recent years that there has been a general election, these elections have been accompanied by conflicts between the members as lines are drawn and no holds are barred in campaigning, and this level of animosity continues into the administrations.

That kind of behaviour has been the reason for the current state of Jamaica's cricket, and also for West Indies cricket.

For years, despite all the talk of changes, cricket has remained glued to its past, or to its recent past.

In a country of approximately 2.8 million people, there are 23 teams playing in Jamaica's top division, and most of them play only four or five matches each and in four or five weeks.

I have lost count of how many times the JCA and its affiliates have been at daggers drawn in recent times, but I remember there was a court case between Melbourne and the JCA when the JCA failed to act in a case of a non-registered player during a Senior Cup season; there have been cases of rain and uncovered pitches, the JCA acting in certain cases, not acting in some, and the clubs objecting to its ruling; and there have been the cases of clubs using blue sightscreens and the JCA pulling points from one and not from the others without proper investigation.

There have been cases of clubs not turning up for Senior Cup matches and the JCA ruling differently on them; and there has been the case of clubs "fixing" a match and the JCA doing nothing about it, not even talking to the players involved, even to those representing Jamaica.

There have been many shortcomings of the JCA in recent years, and maybe that is why Jamaica's cricket is at the lowest it has been in years.

The JCA is in court for its attitude to the membership over a decision taken at a meeting called by the JCA and the JCA's decision to change the decision taken without even calling another meeting.

And there was the aborted non-voting annual general meeting (AGM) at Sabina Park on Wednesday, June 28, because a wrong document for the meeting was presented.

The JCA cannot, or should not, expect its members, those who elect them, to accept anything, regardless.