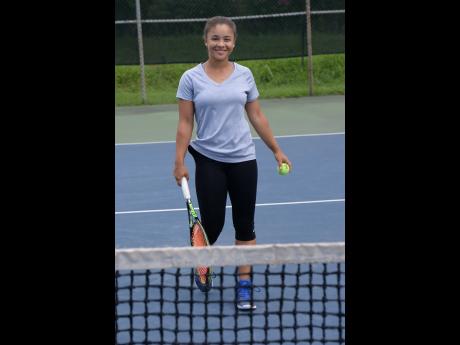 Jamaica will have seven girls and six boys participating in the ITF/Jamaica Junior Circuit International tennis tournament for players age 18 and under, which starts this morning at the Eric Bell Tennis Centre at 9 o'clock. There will also be competition in the Jamaica/COTECC competition for players age 14 and under at the NCB Sports Club at the same time. The tournaments end on Saturday.

Tournament Director David Sanguinetti told The Gleaner yesterday that close to 100 entries had been received from players all over the world.

He said that some of the countries that would be represented are the USA, Canada, The Bahamas, Brazil, Mexico, Spain, Turkey, and Ireland. "We have somehighly ranked players, and it will be a very competitive and exciting week of tennis," he added.

This is the top tournament for junior players in Jamaica each year and attracts entries from all over the world, because it is part of the circuit for juniors under the flag of the International Tennis Federation (ITF). Successful players in the 18 and under age group earn valuable points in tournaments like this to boost their world rankings.