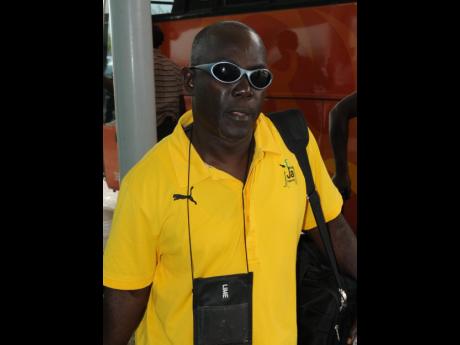 AFTER some 48 hours of travelling, Jamaica's athletes to the 10th IAAF World Youth Championships in Nairobi, Kenya, arrived in that country early yesterday morning Jamaica time and are settling in well before Wednesday's start.

The party of 34, which includes 25 athletes and nine officials, departed the island early last Friday morning. The team, after arriving in Fort Lauderdale, Florida, spent most of the day there before leaving for Dubai late Friday night. While in Fort Lauderdale, the delegation was feted by the Mayor of that city.

After leaving Fort Lauderdale, it was a 14-hour flight to Dubai, where they spent four hours, before another five-hour flight to Nairobi. Head coach of the team Michael Carr told The Gleaner that the athletes were in high spirits despite the long trip. "The athletes have settled down well despite (being) a little bit jet lagged. They will use the next several hours to get themselves acclimatised before competing on Wednesday," he said. "The team has been well received by the Kenyan, as they see us as one of them, and the food, and everything else, has been very good," concluded Carr.

When competition begins on Wednesday, the country looks set to better the performance of two years ago in Cali, Colombia, where one medal, a gold by Christopher Taylor, was mined in the Boy's 400m sprint. The country will also be hoping to emulate the performance of 2013 in Donetsk, Ukraine, where Jamaica topped the medal table with eight medals - six gold and two bronze. This is the only time the country has been on top of the medal table at a global meet in track and field.