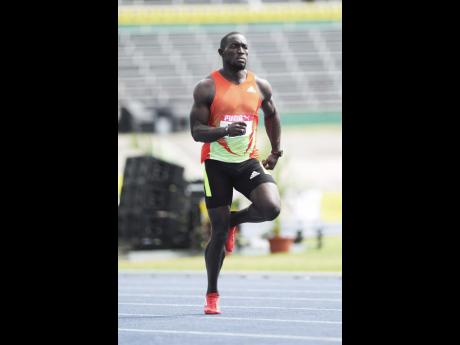 Jamaica's Nickel Ashmeade won the men's 200 metres at a track and field meet in Lucerne, Switzerland yesterday. Ashmeade clocked 20.37 seconds to finish ahead of compatriot Warren Weir, who was second in 20.44.

There were two other Jamaican wins in B sprint races at the meet. Tyquendo Tracy won the men's B 100m in 10.23 while Ramona Burchell captured the women's B 100m in 11.23. The men's A race went to American Michael Rodgers by a whisker over Jamaica's Michael Campbell. Both were given the same time, 10.29.

London Diamond League 400m hurdles winner Janieve Russell clocked 55.13 seconds to place second in the event behind Switzerland's Petra Fontanive. Fontanive won in 54.74. The men's race went to Quincy Downing of the US in 48.85.

Highlight of the meet was Johanes Vetter's 94.44m throw in the javelin. The German climbed to No. 2 position on the all-time list, ahead of his countryman Thomas Rohler, the Olympic champion, who threw 93.90m in Doha in May. Only world record holder Jan Zelezny (98.48m) has thrown further than Vetter. American Sharika Nelvis won the women's 100 metre hurdles in 12.67. Australia's 2012 Olympic champion Sally Pearson was second in 12.83, while Kristi Castlin of the United States was third with 12.88.