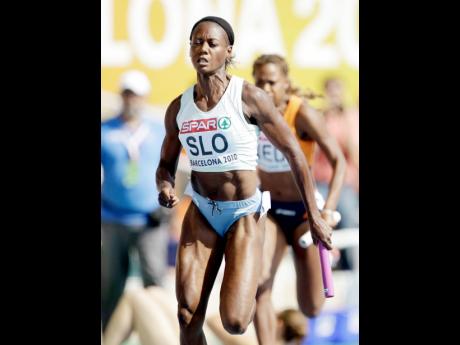 Last week's coverage of the Lausanne Diamond League meet contained a reminder of how good Merlene Ottey really was. It came as Dafne Schippers, Holland's reigning world champion at 200 metres, edged persistent Marie-Josee Talou of Cote d'Ivoire to win in 22.10 seconds. Moments after they crossed the line, the commentator dropped the hint. Schippers had missed the meet record set by Ottey 22 years ago.

That's amazing, the sprint queen won the 200m in Lausanne in 1995 in 22.07. Even she can't have imagined that it would have survived the onslaught of great sprinters like Veronica Campbell-Brown and Allyson Felix. More over, 22.07 doesn't even sound fast.

By contrast, the fastest two men's 200m times there are 19.58 and 19.59 by the incomparable Usain Bolt. The tall man, however, isn't alone in speeding in Lausanne. Americans Xavier Carter, Tyson Gay, Wallace Spearmon, Walter Dix and Carl Lewis, Bolt's Jamaican compatriots, Yohan Blake and Nickel Ashmeade, and the Central American trio of Churandy Martina, Alonzo Edward and Ato Boldon have all broken 20 seconds there. Given that, it's remarkable that no woman has stepped under the 22 seconds threshold in the same place.

For me, that makes Ottey's meet record all the more noteworthy.

There are, perhaps, mitigating circumstances. The Lausanne meet organisers don't have a 200m race for women every year. The 100m is probably contested more often, but 22 years is a long time.

The real truth is clear. Merlene Ottey was really, really fast. To this day, she holds the world record for the 200m indoors, 21.87, and was the first under seven seconds for the indoor 60m. With Elaine Thompson staying out of the 200m, Ottey's outdoor Jamaican record of 21.64 seconds could last much longer. She set it 26 years ago.

Shelly-Ann Fraser-Pryce and Elaine Thompson are the only Jamaicans with 100m times better than Merlene's best of 10.74, set 21 years ago in Rome.

If the East Germans are ever sanctioned for well-documented use of illegal performance enhancers in the 1970s and 1980s, and with 1983 World 100m bronze medal winner and confessed drug cheat Diane Williams off the books, Ottey's collection of individual World Championship gold medals would grow from two to five. Then she would get her due. For the time being, her name will pop up every now and again as it did last week, and we'll think, 'Wow, Merlene did really faas!'