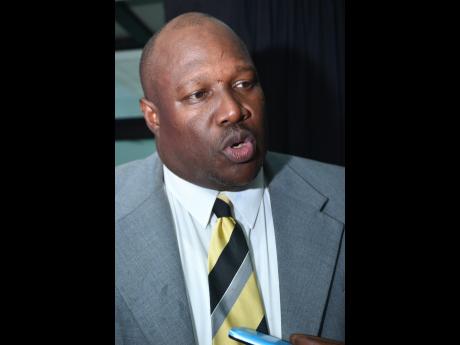 Jamaica's team leader for the sixth edition of the Commonwealth Youth Games (CYG), Dalton Bailey, has said that the athletes are in high spirits ahead of today's departure to Nassau, Bahamas.

The CYG is scheduled for July 18-23 at the Thomas Robinson Stadium.

Some members and officials will start leaving today while others will make the trip from Saturday until Tuesday.

"I think the make-up of the overall team is the best at this time, especially in track and field," Bailey told The Gleaner yesterday.

"We have to stay within the stipulation of the age group which is 14-17 and we have put together a good team," he added.

He also explained that because of the IAAF World Under-18 Championships that is currently taking place in Kenya, some of the best talent is not available for the CYG.

"We could have better representatives in athletics but some of the athletes are in Kenya," Bailey pointed out.

Bailey said that the CYG is about friendly rivalry among the participating countries.

"The Commonwealth Games is a friendly one and highlights personal development, bonding and competition in a sporting way. At the end of the day when we win medals, we want to be gracious about that," he added.

The 2017 CYG will feature nine sports and will introduce three new ones - beach soccer, judo and beach volleyball. The CYG started in 2000.