Downswell to act as director of football 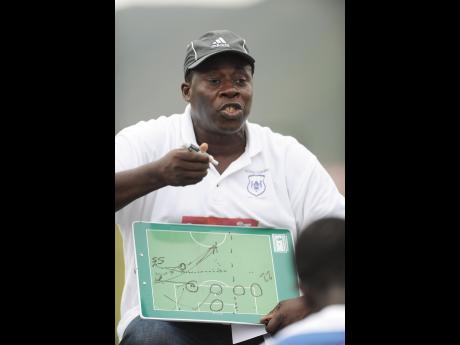 The Jamaica Football Federation (JFF) board has appointed Wendell Downswell as acting director of football for two months.

The position was made vacant when Vin Blaine resigned last month. Downswell's interim role was ratified by the JFF's board during a meeting on July 1. He started last Tuesday.

Downswell told The Gleaner yesterday that he is willing to give the role his best shot.

"It will be a collective effort. The youth level is of critical importance. It is important for them to get the requisite avenue to develop," he shared.

Downswell disclosed that he met with Blaine, as well as chairman of the technical committee Linnel McLean to discuss the way forward.

"We have a good relationship and that will continue. I wish Vin all the best in his new position in Grenada," he added.

A release from the JFF yesterday stated that: "The appointment was approved at the last sitting of the board of directors on

July 1. Mr Downswell assumes the role effective July 12, 2017. In his tenure, the acting director of football will focus on guiding the overall technical programme, including overseeing all national teams, as well as paying specific attention to the youth development programme and coaching education."