Major Force is ready to win 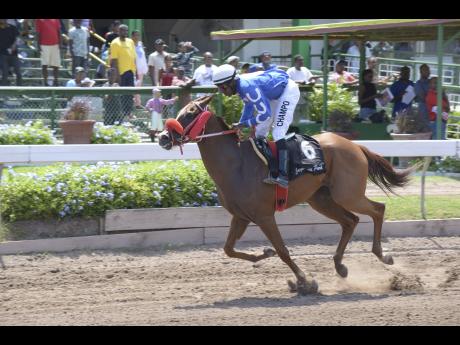 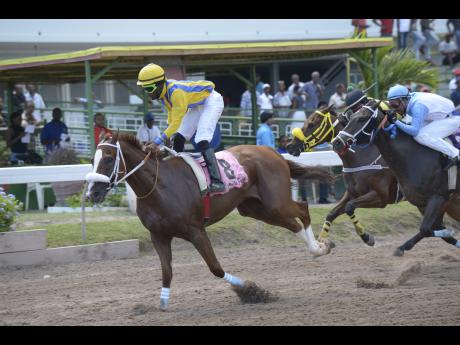 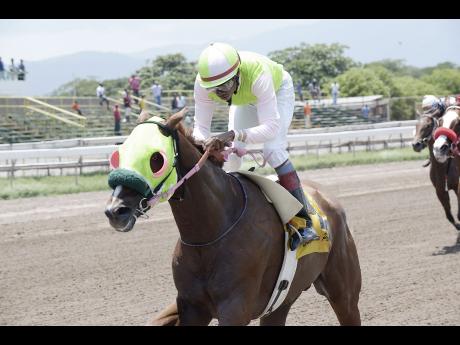 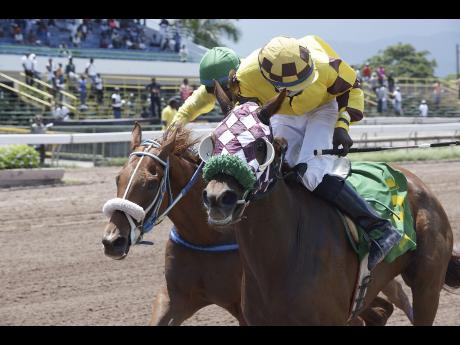 Ian Allen
QUEENOFSAINTROSE (right), with Oniel Mullings aboard, getting the better of Mr COOKIE, ridden by Paul Francis, in last Saturday’s second race.
1
2
3
4

TOMORROW is St Leger Day at Caymanas Park, and SHE'S A MANEATER, this year's outstanding three-year-old, is on the brink of history.

The Wayne DaCosta-trained filly can become the 11th Triple Crown winner at the Park if she wins the St Leger, tomorrow's 11th race on the 12-race card. It appears that nothing will stop her. The Winston Kong-owned-and-bred filly has dominated her rivals all season and should become the third filly to take the Triple Crown at Caymanas Park after Simply Magic (2002) and Alsafra (2008).

As usual, we look at the Sunrise-6 on the Saturday race card. It begins with a 600 metres event, which should be a straight battle between the Anthony Nunes-trained second-time runner, APOLLO BAY, and Philip Feanny's first-timer, EXHILARATE.

The former has been training well and clocked 35.4 for second on his debut, but EXHILARATE looks the one to beat. The filly (by Blue Pepsi Lodge - Purejoy) is a half-sister to the progressive Fort Knox and has shown enough on the exercise track to make a winning debut.

Race two looks tailored for MAJOR FORCE, who was beaten by Newton's First Law over 1820 metres on June 24. The Anthony Ferguson-trained four-year-old was ahead of just under half of tomorrow's field in that race and only has DUSSELDORF to fear. DUSSELDORF was the favourite in the June 24 event, but tailed off and ended third after being prominent for the 1400 metres.

The third over 1820 metres for the $250-210,000 claiming group is a gift for LATE N DRAFTY, who is dropping from $450,000 claiming to contest her pet event. On June 17, LATE N DRAFTY whipped $350,000 claimers by four lengths over tomorrow's distance and comes back with almost the identical weight at a lower level. She should not be beaten.

Speedy DREAMLINER has come down from overnight allowance to contest the fourth. The four-year-old colt is definitely the fastest in the line-up and will have to be caught.

GO ALL THE WAY

Race five is a very knotty event for three-year-old maidens over 1200 metres. EDDIE'S PRINCESS, NUCLEOUS BUTCHER and SILVER ROCKET all have strong chances. The one I like best, however, is SILVER ROCKET, who was caught stealing home by Jolly D on July 1. The pace tomorrow will be milder and I expect the Steven Todd-trained gelding to go all the way.

PIANO MAN is the one to beat in race six. The four-year-old gelding has been campaigning and doing well in far better company than he will face tomorrow and even with top weight 57kg will prove too good for a mostly out-of-form $180,000 claiming field.