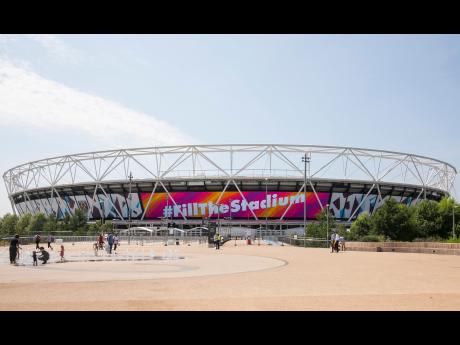 The World Para Athletics Championships kicks off the Summer of World Athletics today with 10 days of action at the London Stadium.

On the morning of the first day of action from the World Para Athletics Championships London 2017, organisers have confirmed that the event will enjoy the biggest audience in World Para Sport championship history.

Tonight's session at the London Stadium will open with 20,000, before a Saturday night attendance expected to exceed 27,000. With tomorrow night set for at least 31,000 spectators, athletes will experience the best support ever experienced outside of the London 2012 Paralympic Games.

The excitement will be further heightened in the early part of the week as the Mayor of London-backed schools' ticketing pro-gramme will see tens of thousands of schoolchildren attend the Championships - 70,000 of whom will help fill the stadium on Monday and Tuesday's morning sessions alone.

In addition, records are set to be broken in terms of broadcasting, with TV pictures set to be beamed to more than 20 countries around the world.

The final days before the Championships have also garnered royal support to #FillTheStadium, with Prince Harry joining forces with T42 sprinter and Paralympic bronze medallist Dave Henson to encourage people to show their support for the world's best Para athletes.

Niels de Vos, championship director, said: "We are delighted to be able to announce a record-opening weekend for a World Para Sport championship as well as the amazing global reach of the broadcast figures. We wanted to make this the most watched World Para Athletics Championships in history for the sport."

Sir Philip Craven, International Paralympic Committee president, said: "Even before London 2017 begins, it is record breaking in pretty much all areas. Not only has the event shattered all records in terms of spectator attendance and commercial support for a Para Sport championships, the global reach of the event will also make history.

"With TV pictures set to be beamed to more than 20 countries and over 800 media accredited, the World Para Athletics Championships London 2017 will reach more people than ever before around the world. Just like London 2012, this is going to be an event not to be missed."

The World Para Athletics Championships London 2017 kick off the Summer of World Athletics and the biggest sporting event in the world in 2017 with the IAAF World Championships following at the London Stadium, August 4-13.