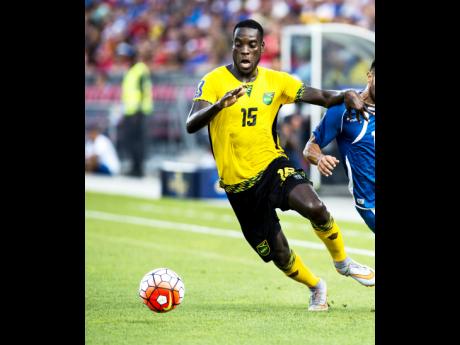 Reggae Boyz captain Je-vaughn Watson says the group of players at the Gold Cup is arguably the most disciplined set of players he has played with in his ten years with the national team.

Watson added that he believes that element is making the difference in the Reggae Boyz positive start to the Gold Cup tournament currently taking place in the USA.

Jamaica defeated Curacao 2-0 in their opening Group C match before battling to a 0-0 draw with group favourites, Mexico in their second match on Thursday, and the Jamaica captain although admitting they have work to do, believes in the character of his teammates and he is confident they will performance creditable in the tournament

"This Jamaica national team is a more disciplined bunch of players than usual. We know we are coming up against good teams that will also pose some challenges for the guys from Jamaica, and that it's going to be tough. But the end of the day, the job is there to be done, and whatever it takes to get the job done, we have to do it," he said.

Jamaica got a morale-boosting 0-0 draw against the Mexican, leaving both teams tied on four points, although Mexico lead on goal difference. However, the Jamaicans have come under criticism for their defensive display against the regional kingpins, but Watson defended the coach's tactics, as he thought Whitmore did what he thought was best and the players carried out the instructions as best as they possibly could.

"This is a tournament, so you have to make changes sometimes, and an experienced coach like 'Tappa' is always looking for the best move to make. We had practice (before Mexico game) and the coach outlined what he wanted and our responsibilities. So we went out and kept them off the score sheet and try to get a goal because we had to win or get a result," he said.

He noted that the changes they made in the tournament, notably in the second-half of the Curacao game and for the Mexico game, bore fruit and he hopes they can continue to make adjustment and get results.

"We played a different formation in the second half of the Curacao game. I was playing right behind the forwards and at half-time, 'Tappa' put me back in the holding midfield. So it was a good thing to make the changes and switch things around," he stated.