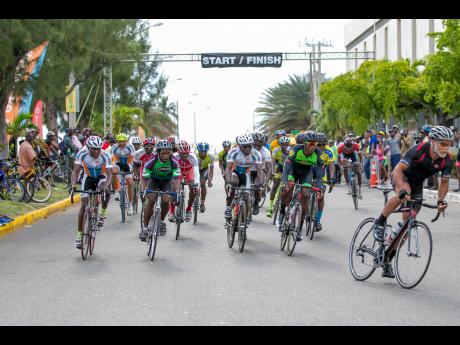 Contributed
Cyclists from across the Caribbean competing in the Jamaica Cycling Federation's Kingston Criterium held in downtown Kingston in May. 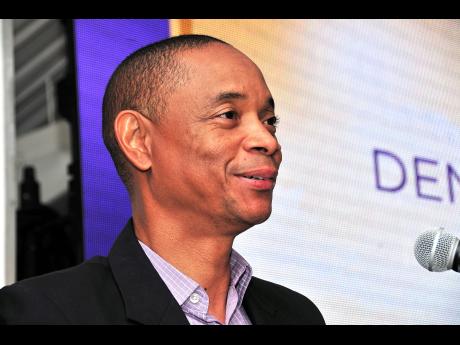 Chung was given the role temporarily after less delegates than expected showed for the AGM in May. At that meeting, previous president, Kirk Finnikin, and his team stepped down, leaving the position open. As a result, the available members decided to put Chung in charge.

"We had an AGM and there were some issues with voting. We didn't have enough people to vote, so the president (Finnikin) stepped down with his team and they voted me to be interim president until the AGM, which is going to be August 13 or 20.

"So there were not enough delegates and it would not have been fair to put a new administration in place without the full delegates to vote," Chung explained.

At the failed AGM in May, Chung was the only contender for the presidency, and he thinks he will be unopposed once more at next month's election, although he would like to see others taking up the challenge and bring back the spark to the sport.

"There was nobody else. I don't know if there will be any contenders, but it's anybody's right. The (cycling) community will decide, and it will be a good thing if people contend. It will bring back vibrancy to the sport, and having a good administration is a big part of that. If people want to get involved and offer themselves, that's great.

"But we are looking at cycling development and how we want to structure it in terms of utilising the clubs. We are putting the whole structure in place. We have appointed an interim national coach (Carlton Simmonds), and we have put together a budget on the things we need and the funding needed," he said.

Meanwhile, former president Finnikin did not seek re-election because he said that he has personal ambitions he wants to achieve, and being federation president would cause a conflict of interest.

"I am not seeking re-election," he said. "The time it will take to get cycling where it needs, there will be a conflict in terms of the time require. So to be fair to myself and the sport, to take it on 100 per cent, with all I want to achieve over the next two years, it is going to be tough."

He added that the incoming president will have his work cut out to move the sport forward. "The (proposed) cycling track is one of the focal points, and we want to identify a proper location for it to be built," Finnikin said.