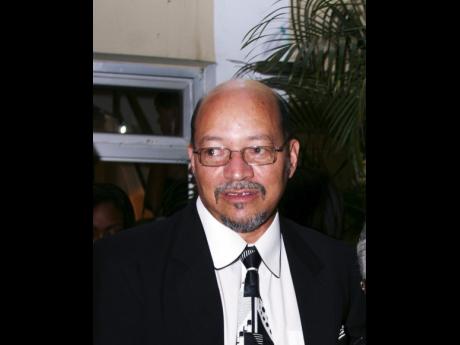 An analysis of Jamaica's present football predicament is adequately summed up by a media editorial. Back then, the technical director of the national football programme Mr Rene Simoes, of Brazil, famously said the Reggae Boys had defied logic. "By qualifying for France, the national team had erected a roof without preparing a foundation for the building", Mr Simoes said.

His reference was to the inadequacy of football structures locally, the absence of a professional league, and the very poor state of the infrastructure, particularly the playing surfaces.

Sadly 18 years since Jamaica's World Cup campaign in France, not nearly enough has changed. Indeed, the foundation for the sustainable growth of Jamaica's football has yet to be built. Jamaica's club structure remains unwieldy and neck deep in amateurism, with only a handful of clubs able to lay any claim to being even semi pro.

We would add a long standing recommendation by banker Mr Peter Moses for football to be so structured that big business can take charge of local clubs by putting in money and equity, which we believe will bring the local game closer to true professionalism.

The time has come for painstaking, long-term planning with specific minimum targets in mind, while taking into account all aspects of Jamaica's football and with the involvement of all stakeholders, including the football fraternity, business partners and government."

Recently Rene Simoes' address to the JFF board attempted to redirect a technical programme drastically gone astray. His formula focused on - - a technical vision - - a transitional programme for junior nationals - - respect - - discipline - - and a timely comment on the slogan "Jesus saves".

For me, the latter is probably the most important starting point for national dialogue on an improved JFF - - to minimise vindictiveness, subdue egos, champion transparency and anti corruption measures, embracing the best minds who are qualified and passionate to work with/or for the JFF.

Technically, the magic long-term bullet for a sustained football programme is the addition of a professional football layer on the existing amateur structure, originally championed by Jamaica's National Brazilian coach Jorge Penna in his tenure of the 60s (Winston Chung Fah and his generational peers can verify).

If accepted, this could be a possible solution to major issues unachieved over the past 50 years. Football parallels our culture and therefore national solutions for endemic problems are similar to those necessary for football (read Al Miller's recent media article) :

- Guaranteeing financial care of our players, administrative and technical staff.

President Bruce Gaynor fully understands that without a transparent JFF this will not happen and his interim board has promised JFF introspection.

- The reduction of the power of the president and general secretary with a functioning management committee. Recent international football history will show that a president and general secretary working in tandem have the potential to manipulate and limit or exclude information to their board members. Due to this, Warner/Blazer, Havelange/Blatter even Blatter/Platini (successor was declared to FIFA executive) were all found to be corrupt by FIFA.

- Disclosing the basis of our financial predicament - - as also money spent on foreign coaches and players including redundancy payments. his will enable, at long last, an informed national discussion about the relevance of foreign input vs local.

President Gaynor has promised that the JFF's financials will be published and posted on its website. For those who understand the political football dimension and the onerous financial responsibility, criticism may be reserved. The debt is manageable with the correct policies and an oversight committee of recognised businessmen such as Jason Henzel, Peter Moses, Chris Dehring not to mention those already willing to serve. Financing JFF is a bottomless pit.

Reverse the politicisation of the JFF

Thirteen parish leaders cannot adequately represent Jamaica's football. In the USA for example, US Soccer's' board represents ALL major stakeholders with political weight to Major League Soccer (It's professional arm).

JFF/Jamaica's rejection by the CFU; partly because of cultural polarisation, but mainly after the Trinidad scandal due to our untrustworthiness inclusive of breaking our word on voting and other issues.

Total transparency would also explain JFF's involvement with TRAFFIC, the most toxic, corrupt Brazilian entity identified in the FIFA corruption scandal - - with JFF's use of their Brazilian camps and involvement in our national coach's contract?

Transparency must be timely, preferably before the nomination process, if JFF is serious.

Without this transparency, allegations and gossip will cause JFF irreparable harm. When under siege, the tendency is to "circle the wagons". The JFF needs to resist this. In the moment, logic will most likely be superseded by the emotion of an icons demise.

Alternatively, the truth will set this interim board free. At minimum, transparency would cancel the need for internal investigations threatened by one presidential candidate.

Humble ourselves to realise that we are guardians/controllers - not owners - of this great game.

This is a very attractive, positive style of leadership but is also egocentric, demands total loyalty, strongly authoritarian and requires excellent political organisation but offers no plan for transitional leadership. Instead of grooming, we assassinate most of our young potential leaders. Term limits would assist!

JFF needs fundamental restructuring to meet modern challenges; needs leaders not simply "a leader" - - all in one boat, the SS Integrity, rowing in the same direction.

Private sector must have no excuse to complain that corruption or lack of transparency has "rotted our floorboards".

They must be able to step confidently on board, be truly welcomed both by the clubs and by the JFF and join our fundamental NATIONAL COMMITMENT. Minimise "wagonists".

Our constitution and club structure has to confirm and support this.

Critical is a common vision with the national long-term commitment of all major stakeholders (Japan's Pro League planning targets the first 100 years).

Finally, followership is probably as important as leadership and at minimum cannot be a roadblock to development. The parishes seem to have rejected the JFF's technical way forward in 2011/12 which included a merging of clubs, youth academies, professional franchises etc.

A shift from a political to a technical agenda, so critical to our national and international structure firstly has to be understood by the existing JFF board, with the undertaking to follow the wise man's Solomon's edict not to cut the baby in half, but to surrender power to allow football to live and meet its international objectives.

Captain, the JFF and the road to France have shown our potential but our long-term ambitions cannot be just the JFF's responsibility it needs serious, committed national stakeholders to come on-board long-term and support an agreed national programme.

- Tony James is a past president of the Jamaica Football Federation, executive  of CONCACAF and the Caribbean Football Union.