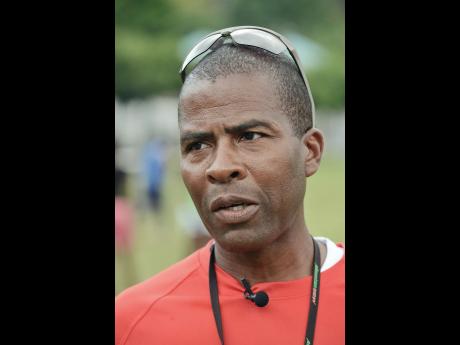 Michael Dyke, the coach of young sprint star Kevona Davis, says he is confident that his young charge will rebound quickly from her recent disappointment at the IAAF World Under-18 Championships in Nairobi, Kenya.

Davis who was the favourite to win the 100-metre title at the championships, had to settle for the bronze medal after pulling up close to the finish line with a hamstring injury. The injury also forced the Edwin Allen star to miss 200m.

Dyke, the coach of Edwin Allen High and a member of Jamaica's coaching staff in Kenya, said Davis' injury is not very serious and she will heal in time for next season.

"It is not very severe based on the MRI (magnetic resonance imaging) that was done," said Dyke. "It is more a strain than a tear, but it is something that she will still require treatment," he said.

"She is a strong young lady ... and I know that she will not allow this to affect her going forward," Dyke said.

The veteran coach added that Davis' injury was a result of the cold conditions which met the athletes upon their arrival in Kenya for the five-day championships.

"It was very cold especially when she went out for the final," said Dyke, who guided Edwin Allen to their fourth straight ISSA Girls' Championships title this year.