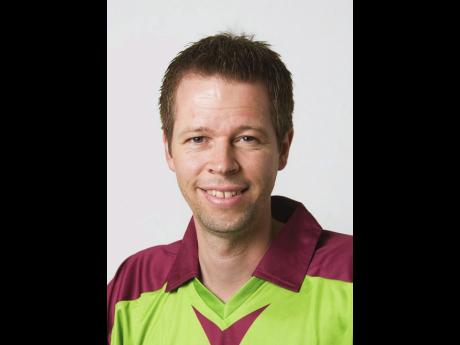 West Indies Under-19s head coach, Graeme West, has praised the resolve of his players after they produced a sterling comeback to snatch a dramatic last-over victory over South Africa Under-19s and take the five-match Youth One-Day International series 3-2 here Wednesday.

The Young Proteas looked en route to victory at 182 for one in the 39th over in pursuit of 245 at Chatsworth Oval but then lost six wickets for 55 runs, and were restricted to 242 for five off their 50 overs.

"They're a very determined group of players, still learning a lot about the game," West told CMC Sports following the victory.

"This is only our fifth match together so we're still getting our combinations right and the guys that bowled at the end wouldn't have normally so they really came through for us today.

South Africa entered the last over requiring eight runs for victory but Bhaskar Yadram, known more for his prolific batting, held the hosts to just five runs with his off-spin.

West said the last over had been typical of the determination the Caribbean side had exhibited throughout the game.

"South Africa batted really, really well and were in charge of the game for the last 20-25 overs and then they lost a couple of wickets and it was a run-a-ball for the last two or three overs so we kind of pulled ourselves back into the game," he explained.

"It was quite comeback and I have to say, a little bit unexpected."

The series proved a competitive one, with the pendulum swinging back and forth from the opening game which South Africa won by five wickets in Durban.

West Indies levelled the series with a two-wicket win in Pietermaritzburg before going under by 115 runs at the same venue last Friday. However, they beat the Young Proteas by four wickets last Sunday and set up the series decider here.

West said the series had been an integral since the two teams were due to meet in the preliminary round of next year's Under-19 World Cup in New Zealand, and it proved both teams were basically on par.

The Young Windies will now head to Zimbabwe for a three-match one-day series against the hosts.