They made it hard for us - Mexico sweat in Honduras win, gears up for Jamaica 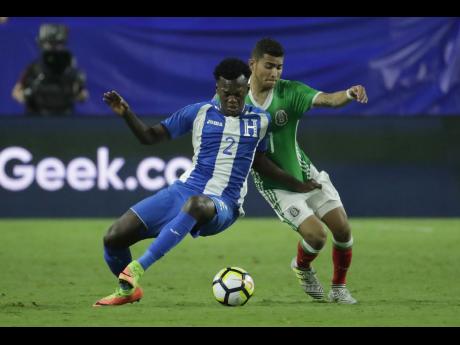 With its best players absent, Mexico has been anything but dominant in the CONCACAF Gold Cup.

Still, "El Tri" is moving on to the tournament's semifinals.

A goal by Rodolfo Pizarro just over three minutes into the game was all the offense Mexico could muster in a 1-0 quarterfinal victory over Honduras on Thursday night.

With its offense bogged down, Mexico survived several near-misses by Honduras in the second half.

"We couldn't add to the lead, but thank goodness, the most important thing is we scored," forward Angel Sepulveda said. "They made it tough to get the ball in, but we played a good game. That's how it went, but we advanced."

The win in front of 37,404 at University of Phoenix Stadium moved Mexico into a semifinal match against Jamaica in the Rose Bowl tomorrow. It's a rematch of the championship game of the last Gold Cup, a 3-1 Mexico victory in 2015.

Mexico and Jamaica played to a 0-0 draw this year in the Gold Cup group stage.

The United States plays Costa Rica on Saturday in Arlington, Texas, in the other semifinal.

The Mexican team was without many top players who had played in the recently completed Confederations Cup in Russia.

Osorio again was not on the sideline Thursday night. He was serving the fourth of a six-game FIFA suspension for using "insulting words" to an official during a Confederations Cup match July 2.

Osorio watched from a suite high above the field. His suspension would end with the Gold Cup championship game if Mexico wins its semifinal.