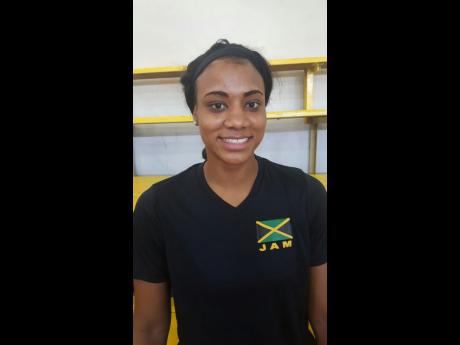 Volleyball is at the heart of practically everything for Sasha-Lee Wallen. So there is nothing strange about her wanting the CAZOVA Women's Championship to provide the stage for the sport to take-off in the country.

"I really hope this tournament will spark more interest in the sport," she expressed.

This year's regional tournament will be staged here at the National Indoor Sports Centre, Independence Park Complex, from July 26-31.

A multi-talented athlete, Wallen represented Jamaica at netball and she also played the sport in her early years at Wolmer's High School for Girls, where she dabbled in track as a 400 metres runner, plus swimming.

An invitation to volleyball training altered the script.

"Funny thing is, it was two days before the team was chosen and I was picked," noted Wallen. She has since blazed a trail of success with titles through Wolmer's and on to university in the United States, the pro league in Europe and back home with a number of clubs.

"Imagine graduating high school and getting a full scholarship to go to college overseas because of volleyball, so my love for it grew even more," said Wallen, who won the National Collegiate Athletic Association (NCAA) title with Bethel University.

"And then when I graduated from college in the United States a few months after I got an agent and I went to Europe to play, so volleyball has opened a lot of doors of me, I got the opportunity to meet a lot of people," she continued.

Wallen, briefly, had been a Sunshine Girl, but continuously, she has been a member of the national volleyball team, playing from junior through to senior for 15 consecutive years.

Besides her overseas experience, she has also played at club level, but "never with a steady club", as she represented International Jammers, Venus and UWI, while winning a number of titles.

"I just played around because I wasn't based here for most of the time," she admitted.

Her goal now is the CAZOVA tournament, hoping the spotlight will place the sport on a bigger stage.

"I wish volleyball was more popular in Jamaica. I hope the tournament will bring more awareness to the sport and people will come out and really rally behind the Jamaica team because it provides scholarships for a lot of young girls and a lot of young boys to go overseas," said Wallen.