Butler: I am the best man for JFF's top job 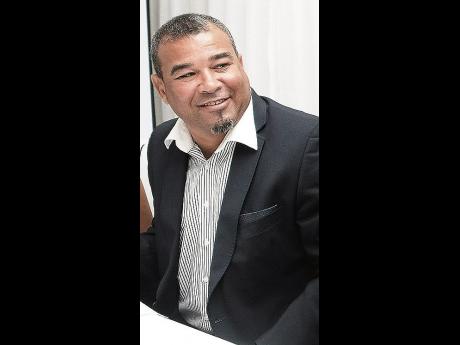 Founder of the Phoenix All Stars Football Academy Craig Butler has hit back at those who argue that he would better serve Jamaican football as a youth development coordinator rather than as president.

Butler, who has vowed to seek local football's top job, said a president should lead from the front and chart the way forward, and he is convinced that he has the vision to make Jamaica a world power in football and has called on Jamaicans to support him and 'believe'.

"If I do not become Jamaica Football Federation (JFF) president, I will serve my country in whatever capacity I can. But Jamaica needs the full extent of what I bring, and it would have to be as JFF president," he said.

"The vision is to make Jamaica a world power. To have Jamaican players earning a great deal of money to send back to their communities and families. To have a national team that consistently gets in the top four of the World Cup. To generate income through high-level games with big clubs, set up tournaments to encourage sport tourism and a new income stream by developing our coaches.

"So we have a lot to offer the world, and the world is interested. The only thing holding us back is our fears and incapacities. We are limited by our fears, and we just have to believe in ourselves and I believe in it 100 per cent," he said.

The controversial football aficionado says that his accom-plishments with Phoenix Academy is proof that he can advance Jamaica's football, and he argues that being a good president does not mean that one has to be a good administrator.

"A president leads from the front and delegates to those who are strong in administration. The president goes out and is the face and negotiates opportunities, contracts, and games for international funding, sponsorship, marketing, and placement of players. The JFF can take a more active role in player placement.

"So captain Burrell was no administrator. He had good administrators to support him. But Craig Butler brings to the table of JFF what he accomplished with Phoenix. The contacts, links overseas, and from a decision-making perspective to deliver the best solutions," he continued.

Butler insists that drastic changes are needed to advance Jamaica's football and that he is the man for the job.

"A lot of changes and support are needed. I will be more influential internationally with the authority of president behind me. And the JFF needs to be self-sufficient," he said.

Since returning to the island last weekend, Butler has been busy trying to rally support for his presidential ambitions, and he declared that things are looking good for him so far.

"I have the support from several (parish presidents) already, and I am soliciting heavily from the rest, and I believe if they genuinely want the best for Jamaica's football, they will support me," he said.