West: Zimbabwe another chance for development 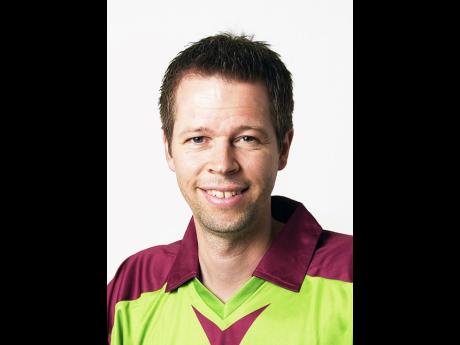 The Young Windies are fresh from a 3-2 series win over South Africa U19s last week after pulling off a dramatic two-run victory in Wednesday's decisive fifth game in Durban.

West said that more significant than winning was the chance for the Caribbean lads to continue their build-up towards next January's Under-19 World Cup in New Zealand.

"Zimbabwe have played a lot of cricket. They've been very active in the last six months," the Englishman told CMC Sports.

"They've played in South Africa, and once they play against us, I think they're off to Australia, so they will be very tough opponents in their conditions.

"It will be another test, but more important, another opportunity for the guys to play three more international games of cricket and continue their education."

The Windies side showed plenty promise on the tour of South Africa, where they played brilliantly at key moments of the series.

Kirstan Kallicharan and Keagan Simmons both shone with centuries, while Bhaskar Yadram struck two half-centuries in compiling 205 runs to clinch the Man-of-the-Series honour.

While there were few standouts in the bowling area, West applauded the team effort, where everyone was forced to contribute on pitches that offered precious little for the Windies talented front-line spinners.

"Looking at them (pitches), it was very difficult to work out, initially, how they were going to play because they actually looked quite green but firm," West explained.

"There was some carry and pace for the quick bowlers early on. [There was] very little for the spinners - very little assistance in all five games, so it [wasn't] easy for spinners to really impose themselves on the matches."

Conditions here are expected to be different from those in South Africa, posing new challenges for both the batting and bowling units.