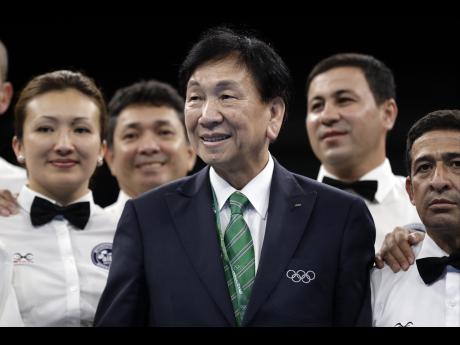 AP
In this Sunday, August 21, 2016 file photo of AIBA President Ching-Kuo Wu as he poses for picture with referees in the ring after the final matches at the 2016 Summer Olympics in Rio de Janeiro, Brazil.

The embattled governing body of Olympic boxing has picked Russia to host the 2019 men's world championships, amid reports of a no-confidence vote against President Ching-Kuo Wu over concerns about the Switzerland-based body's finances.

An AIBA statement on the hosting decision did not mention a reported rebellion against Wu.

The New York Times said a 12-2 vote was passed Monday against Wu, who has led AIBA for 11 years.

The Taiwanese official is also a long-standing International Olympic Committee member who has sat on its executive board since 2012. He was one of six candidates in the IOC presidential election in 2013.

AIBA said a statement would be made later Tuesday.

Wu and AIBA have repeatedly denied claims of a potential financial crisis for the organisation due to investors wanting to call in sums of several millions of dollars.

In other hosting decisions Monday, AIBA awarded both the 2021 men's world championships and 2018 women's championships to New Delhi, India. The 2019 women's worlds will be staged in Trabzon, Turkey.