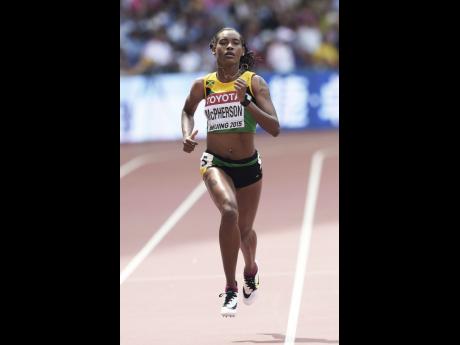 The IAAF World Championships London 2017 will rightfully see the reallocation of a number of world championship medals including two golds. These upgrades follow the disqualification of the results of the original medallists after their sanction for anti-doping rule violations.

The elevation to first place of Britain's Jessica Ennis for the Daegu 2011 Heptathlon and of the USA women's team for the Moscow 2013 4x400m will take place in the London Olympic Stadium just before the start of the evening competition session.

Jamaica's Stephenie-Ann McPherson is also among the athletes getting an upgrade. McPherson is being promoted from fourth to bronze in the women's 400m from the Moscow World Championships in 2013 following the disqualification of Russia's Antonina Krivoshapka.

The USA squad will receive their gold medals on Friday, August 4, the opening evening of the championships, while Ennis will receive her medal on Sunday, August 6. Both ceremonies will be accompanied by their national anthems and flags.

In total, eleven individual athletes and five teams from across eleven events at four previous IAAF World Championships have accepted invitations to receive their reallocated medals in London.

With respect to fellow athletes who have not been able to take up this opportunity, the IAAF is in contact with their national federations to find other occasions to present them their medals.

IAAF president Sebastian Coe said: "I'm delighted that the athletes are properly honoured for their achievements and what better way than in front of passionate athletics fans at a major championship. For those receiving gold medals their moment in London will be all the more special as they will hear their national anthem played. Whatever their nationality clean athletes worldwide will celebrate with them."