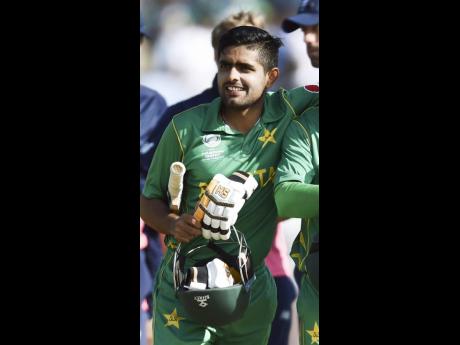 The 22-year-old right-hander has been successful across all formats, scoring consistently since his international debut two years ago.

Head coach Roger Harper said Azam would be the ideal replacement for Lynn, who was expected to be a key figure in the franchise's title bid.

"We are hugely disappointed to lose the talent of Chris Lynn to shoulder injury, he was the leading scorer last year and we were happy to have him back," Harper said.

"However, we are extremely delighted in getting a world-class replacement in Babar Azam. He is one of the most exciting batsmen in the world and we are sure that he will be a huge success for us at Hero CPL 2017."

Azam averages 50 in both the Twenty20 and One-Day Inernational formats, where he has become a prized asset for Pakistan.

He came to the fore in earnest last year when he struck hundreds each game of a three-match series against West Indies in United Arab Emirates.

Last April, he struck another hundred against West Indies in the second ODI here at the National Stadium at Providence.