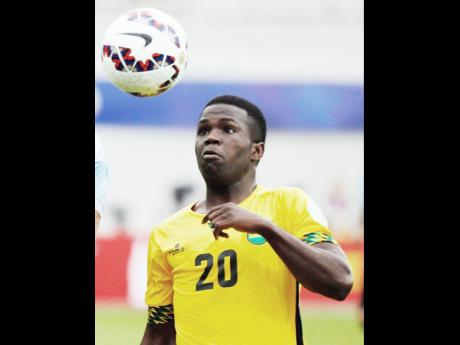 Jamaica's unbeaten run at the 2017 CONCACAF Gold Cup tournament ended with a 2-1 loss to hosts, the United States of America, in the final at the Levi Stadium in Santa Clara, California, on Wednesday night.

MORE REQUIRED OF THE JFF

Lawrence, who represents MLS club New York Red Bulls, said that the JFF should do more in order to keep the group together.

"I think we need more games," he said. "The more games we play together, we will have a game plan and get to know each other better; each other's movement. We should not wait another three months to play one game," the former Harbour View player told journalists after the final.

"We should definitely keep the guys together, keep the guys aiming in the right direction, and just continue to work with us. Put some investment. Everything won't happen overnight," he said.

"This tournament, a lot of people don't know, it was not about the money, it is about playing for our country and doing great things. You can ask the staff or management team, or the JFF, if we had an appearance fee until now or match fee until now, but you can't see that on the field.

"Each player was working for the next player - this is what we need. The JFF or who is in control should see that and pick it up from there and put us in a position so that from now on we can succeed, get us better training facilities, so we can gel as a team," he ended.