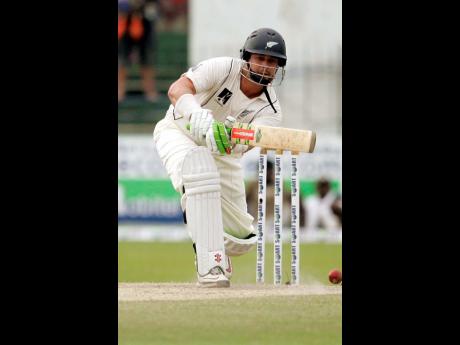 St Lucia Stars have called up the New Zealand pair of Jesse Ryder and Mitchell McClenaghan for the Caribbean Premier League campaign beginning next week.

They replace South African batting star David Miller who is likely to be on tour with South Africa A and speedster Lasith Malinga who could be called up for Sri Lanka's limited overs series against India.

"Both Jesse and Mitchell are world-class players who will bring firepower to the squad in terms of both batting and bowling," said Manan Pandya of the St Lucia Stars franchise.

"We are sure that these new Stars will shine as we work on bringing home our first Hero CPL title."

The 32-year-old Ryder is an attacking top-order left-hander who played the last of his 40 One-Day Internationals and 22 Twenty20s for New Zealand three years ago.

McClenaghan, meanwhile, is a 31-year-old left-arm seamer who has turned out in 48 ODIs and 28 T20Is but has not represented the Black Caps in over a year.

However, he snapped up 19 wickets for Mumbai Indians in helping them capture the Indian Premier League title earlier this year. The CPL, the region's premier T20 championship, runs from August 4 to September 9.