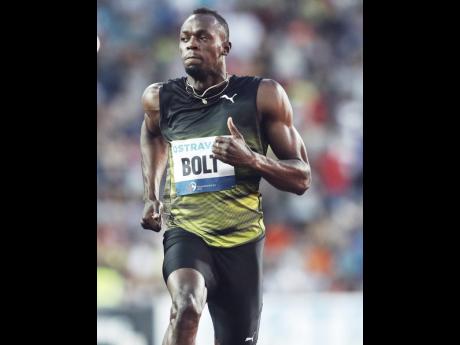 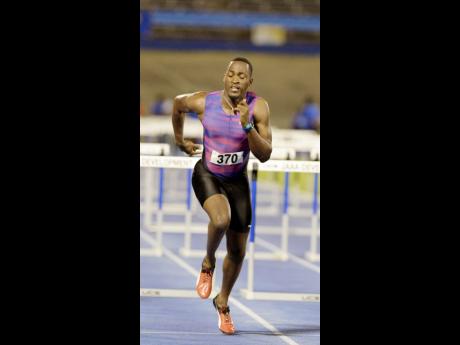 Sprint superstar Usain Bolt is likely to head straight to the Jamaican team hotel in London ahead of the World Championships, while other top names, such as Omar McLeod and Hansle Parchment, are yet to arrive as management works to correct a number of logistical issues.

Bolt, who last competed at the Monaco Diamond League meet on July 21, has since been in Germany, where he has been fine-tuning his preparation ahead of the August 4-13 championships, and with the team leaving it's training base at the University of Birmingham tomorrow for London, team manager Ian Forbes say it was likely that the eight-time Olympic and 11-time World champion will join up with his teammates there.

Forbes and the rest of the management team have been working around a number of setbacks that have affected members of the squad, including Olympic 110m hurdles champion Omar McLeod, as well as Olympic and World Championships medal winner Hansle Parchment, who both experienced delays securing their documentation, but are expected to arrive shortly.

The management team has also had to make preparations for three late additions to the team - high jumper Kimberly Williamson, shot put athlete Gleneve Grange and 800m runner Kimmara McDonald, who were invited to the championships by the IAAF.

"It's always challenging because athletes are coming from various parts of the world, and there is one of the late invitees who actually made it in already. The other is flying in and will arrive tomorrow (today), and the third is just in the final stages of acquiring the visa to get here. Of course, they compete all over the world and sometimes it poses a challenge getting everyone together, but all-in-all, things are falling into place," said Forbes from the team's base at the University of Birmingham.

An additional eight athletes, including members of the MVP Track Club, arrived in camp yesterday.

"There are still a few more to come. There are one or two others awaiting delivery of passports with visas, but they are coming in," Forbes sought to reassure. "There is Hansle Parchment, Omar McLeod and one or two others."

When asked about Bolt's arrival timetable and whether he may be heading straight to London, Forbes replied: "It's appearing that way because we depart on the first (August 1)."

Bolt has received treatment and has been training in Germany in the build-up to what will be the final competition before his retirement from the track.

The Gleaner also understands that 800m athlete - turned - 400m hurdler Ricardo Cunningham is affected by passport issues and will also arrive late in the country.