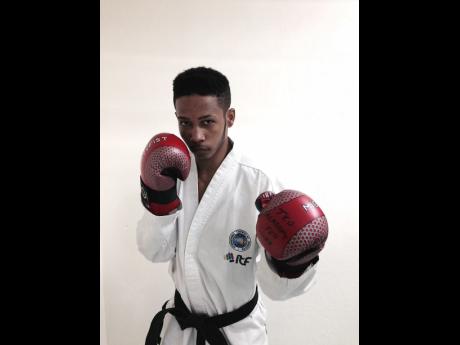 "The Jamaica Taekwon-do Federation has always been playing politics with martial arts, but now it has come directly into my home, affecting my son, Trevor Webb Jr, who applied for membership and has not received as much as a response to say, 'no'," Webb Sr pointed out.

"How can the JOA and (SDF) sanction and provide monetary support to a body that has no national structure, doesn't hold open tournaments to widen the reach of the sport locally, does everything it can to keep out other martial artists from being a part of its executive and, worst of all, does not use one local athlete, outside of a Paralympian recently, to represent Jamaica?"

Hoping to groom Webb Jr in as much the same way he spotted 2012 Olympian Kenneth Edwards' talent while still a schoolboy at Calabar and fighting out of his brother Keith's Ningen Martial Arts, Jamaica Combined Martial Arts Team founder, ITF practitioner Jason McKay, has been successfully entering the teen in Olympic-style WTF tournaments on the New York circuit.

However, Webb Jr, among other combined team members such as multiple International Sports Karate Association Amateur Member Association title holder Subrina Williams,Tashauna Grannum, Marissa Jones and their male counterparts, Akino Lindsay, Adrian Moore, Tye McKay, Ackeem Lawrence and Richard Stone, have been unsuccessful in applying to the JTF for membership in their hopes of representing Jamaica at the Olympics.

Howard Chin, general secretary, JTF, acknowledged receiving applications from all but Webb, through the JOA. Though having the other applications in hand, Chin said the fighters should seek out the JTF's respective parish associations and first register with those bodies.

When asked how many active parish associations the JTF operated, Chin, who couldn't recall how long he has been general secretary, could only name three.

"I have to go look that up. In St Andrew, there is President Conrad Jenkins' school; Ubong Umoh, a WTF-certified black belt in St Elizabeth; and in Manchester, Kenroy," who Chin had to make a call to get his surname, Clarke.

Confirming Webb Sr's allegations, Chin admitted that the JTF does not hold local tournaments nor do their fighters participate in any of the nine or so open competitions staged annually by various martial arts bodies.

"They don't generally participate in any tournament. If they want to, individually, they can do it. We are planning, in the development stage, to have a tournament here. We do have inter-schools tournaments, individual instructors' schools," he added, but said, "Oh, come on, there are a few of them around the place, let's leave it at that," when asked to name the schools involved.