London 2017 | Richards is a competitor- Vassel 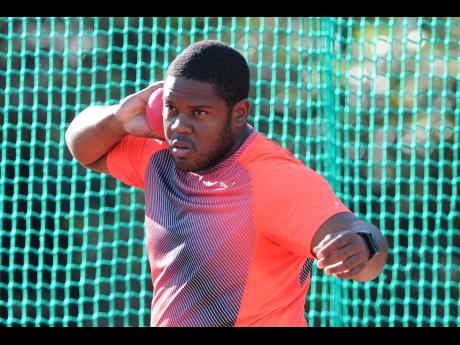 Ricardo Makyn
O'Dayne Richards getting ready for Friday's start of the 2017 IAAF World Championships in London.

O'Dayne Richards will improve his national shot put record if that is required to win a medal at the World Championships in London. That's the projection from noted Jamaican throws coach Michael Vassell. According to Vassell, Richards will need to exceed 22 metres to place in the shot put top three.

Richards has consistently done well in big meets, with national records earning him gold medals at the 2014 Commonwealth Games and the 2015 Pan-American Games and a bronze at the last World Championships in 2015. Speaking on Emancipation Day, Vassell analysed, "He's somebody who steps up to the plate when the time comes and I think he will step up."

The MVP Track Club thrower recently upped his national record from 21.69 metres, the mark that gave him the Pan-American Games gold and the bronze at the 2015 World Championships, to 21.96. Noting that 2016 Olympic medallists Ryan Crouser, Joe Kovacs and Tom Walsh are all past 22 metres this season, Vassell offered, "he knows he will have to go over 22 just to be among the big boys because with four over 22m already, getting that medal, it will take something like 22.30m and I think O'Dayne is capable of doing it."

The 22 metres barrier has been a Richards target for some time. "I'd just like to join that elite group of throwers who have gone over 22," he said last year.

Recovery from knee surgery slowed Richards last year. He nevertheless reached the Rio de Janeiro Olympics final where Crouser and Kovacs, the 2015 World Champions, won gold and silver for the United States with New Zealander Walsh third with a distance of 21.36m. Tomas Stanek, who represents the Czech Republic, was eliminated in the qualifying round but has done 22.01m this season.