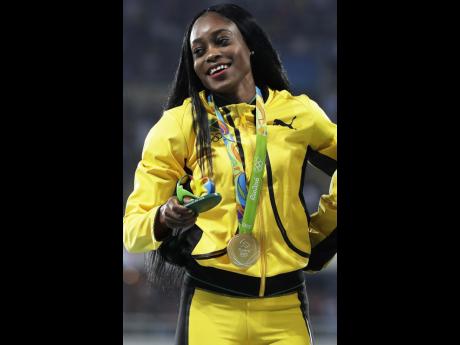 TRACK AND Field News (T&FN), the respected US publication, has once again predicted that Jamaica will win nine medals at the World Championships in London. Posted on the magazine's website on August 1, the predictions follow two previous lists of medal winners and agrees with the previous view of Jamaica's team strength. Once again, Usain Bolt, Elaine Thompson and Omar McLeod are expected to win their individual events.

Bolt and Thompson are tabbed to take their respective 100 metres events, while McLeod is the magazine's top man in the 110m hurdles. In Bolt's absence from the 200 metres, super South African Wayde van Niekerk is expected to win with Yohan Blake of Jamaica third. Similarly, with Thompson skipping the women's 200m, Holland's reigning World champion, Dafne Schippers, is picked to win.

If T&FN is right, Bahamian star Shaunae Miller-Uibo, the Olympic 400 metre champion, will leave London with no gold medals. The tall Bahamian golden girl is slated to be second to American Allyson Felix in the 400m, and third behind Schippers and Tori Bowie of the USA in the 200m. That last pair finished second and third to Thompson last year in the Olympics.

The publication picks Jamaica to gain a fourth gold medal with a win in the men's 4x100m. Silver medals are enumerated for discus thrower Fedrick Dacres, and the women's 4x100m and 4x400m teams.

The men's 4x400m team is selected for bronze.