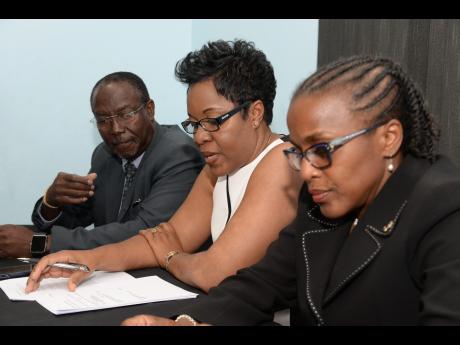 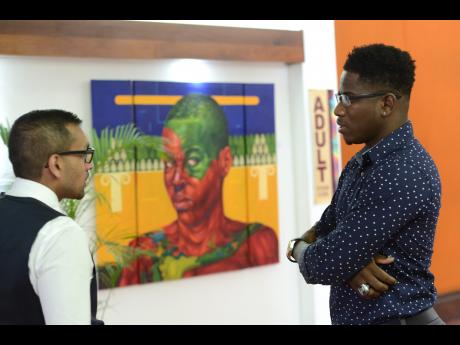 Dr Emir Crowne, the legal representative of 400 metres sprinter Riker Hylton, has praised the Independent Anti-Doping Panel (IADP) for what he describes as specific reasoning in its decision to clear the athlete of anti-doping violation charges brought about by the Jamaica Anti-Doping Commission (JADCO).

Hylton was alleged to have been in breach of Article 2.3 of JADCO's laws, saying that he "failed or evaded to submit" a sample requested by a collection officer on April 27, 2016.

The decision was announced in a five-minute meeting at the Sports Development Foundation headquarters at Phoenix Avenue in St Andrew yesterday, following a two- day hearing of testimonies from witnesses of both Hylton and JADCO on May 30 and 31.

Crowne said that the 46-page document presenting the IADP's reasons for its decision was very thorough.

"We are quite thankful for the panel's reasoning," he said. "The panel went into considerable depth in analysing everything that was put before them and we would like to thank the panel for their thoroughness. It was a good decision that canvasses all of the possible avenues that could've been explored."

Crowne told The Gleaner that the panel also considered the lack of written documentation by JADCO regarding notifying Hylton.

"At the end of the day, the panel was not comfortably satisfied that Mr Hylton was, in fact, notified," he said. "There seemed to be a paucity or an absence of, at least, written documentation, with respect to Hylton, that the panel emphasised.

"In the absence of that documentation, in the absence of the doping control form and with Ms Jonique Day's corroborating testimony, the panel was not comfortably satisfied that Mr Hylton was, in fact, properly notified. Again, we are grateful for the ruling."

Crowne described Hylton as being extremely relieved by the decision, as he found the entire hearing process exhausting.

"As you can imagine, these proceedings wear quite heavily on the athlete. He's relieved to have this matter put to rest, especially as the eyes of the world will once again be on Jamaica and Jamaican athletics for the current IAAF World Championships," Crowne said.

Hylton's ruling follows that of his Cameron Blazers teammate, Kaliese Spencer. Spencer was cleared of the same charges on June 13, as she was alleged to have refused or evaded to give a sample on the same morning as Hylton.

Neither Crowne nor Hylton was present to hear yesterday's decision. Crowne, however, listened to the proceedings via a telephone link-up.