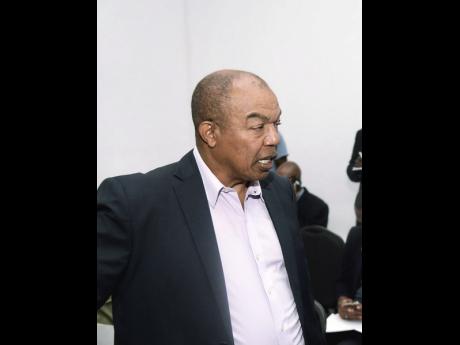 President of the Jamaica Athletics Administrative Association (JAAA) Dr Warren Blake has defended the body's decision to support Russia at yesterday's IAAF Congress in London, where Jamaica was among 21 countries which voted in support of Russia's athletics ban being lifted.

Despite the fact that Russia's athletics bosses failed to meet six established criteria targets, Blake believes that the Russian authority has shown significant improvements in their anti-doping efforts and that their athletes deserve a chance to represent their country in international competition.

Several Russian athletes have cleared to compete as neutrals by the IAAF.

"You look at the number of Russian athletes that are competing; albeit they are not competing under Russia, and there is a significant body of opinion that the athletes should be able to compete for their country," Blake said following yesterday's vote.

"So you tell me why they could not let back Russia in and let their athletes be subjected to the same strictures in order to compete; that they would have to certify them clean before they can compete?" he added.

The JAAA president also stated that he is not expecting any backlash because of the decision but believes the IAAF's open voting system might have affected the results.

"We don't expect any backlash, we are a federation where everyone can express their views and vote how their conscience tells them to," Blake said.

"This open voting; a lot of persons could not vote with their conscience because of open voting," said Blake. "Congress has never voted on the issue of whether or not ballots should be open votes or not. That was one of the issues that was before Congress today and it was taken off the ballot paper to be determined at a future date."

As many as 188 countries voted to keep Russia's Drug ban in place, leaving the European powerhouse well short of the two-thirds majority they required to be re-admitted.

The Russian ban has been in place since November 2015 following a report commissioned by the World Anti-Doping Agency which found evidence of state-supported doping.