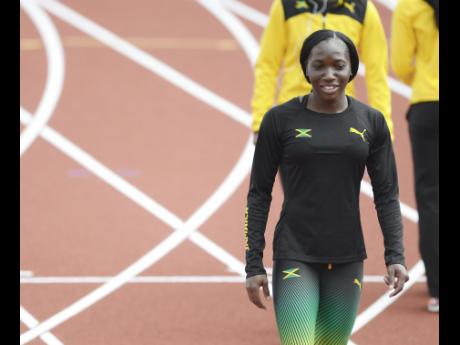 Usain Bolt and Novlene Williams-Mills have been named as male and female captains for Jamaica's team to the IAAF World Championships in London, England.

Bolt will be bringing an end to his career at these championships, where he is down to compete in the 100m and 4x100m relay, while Williams-Mills, who is featuring in her seventh World Championships, has also announced that this will be her last.

This is Bolt's first time captaining a Jamaican team while Williams-Mills was also named as female team captain for the team to the 2012 Olympic Games which also took place in London.

Williams-Mills, who was diagnosed with breast cancer in 2012, led Jamaica to 4x400m gold at the Beijing 2015 World Championships, as well as four consecutive silver medals in the event at the previous instalments.

She also won an individual bronze medal in the 400m at the 2007 World Championships in Osaka. Williams-Mills also won four relay medals at the Olympic level.

Bolt is one of the most recognisable athletes in history.

He is the holder of the 100m and 200m world records and is also a member of Jamaica's world record holding 4x100m relay team.