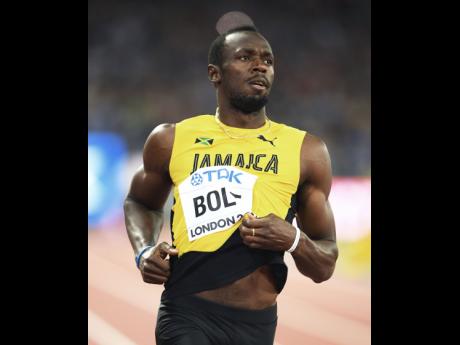 Damar Forbes qualified for his second-straight long jump final at a major championships after last year's Olympic effort, while a couple of other big-name Jamaicans are in line to make their first appearances today, with Elaine Thompson and O'Dayne Richards, who won shot put bronze at the Beijing 2015 instalment, highlighting a day where 16 Jamaicans are expected to go into action.

Dacres became Jamaica's first discus finalist at the World Championships, when he defied the odds in 2015 to book a spot in the medal round. No one was surprised this time around, as the impressive Jamaican overcame a poor series, to log a best effort of 64.82m. Smikle had two foul throws but secured the last qualifying spot with a 63.23m throw ensuring that for the first time in history, two Jamaicans will be throwing for discus medals at the World Championships with the final set for 7:20 p.m. (1:20 p.m).

Thompson will look to continue her dominance in the women's 100m when she faces the starter at 11:45 a.m. (5:45 a.m Jamaica time) in the first round, where she will be joined by Jura Levy, Simone Facey and Natasha Morrison.

Jamaica has the luxury of fielding four women in the field, as opposed to the usual three, due to Thompson's Diamond Race triumph in the event.

The double Olympic champion leads the world with a 10.71-second clocking and should comfortably book her spot here.

Ramone Bailey failed to advance in yesterday's long jump action, with a 7.76m effort in qualifying, while Senoj-Jay Givans, 10.30 ran seventh in his 100m heat.