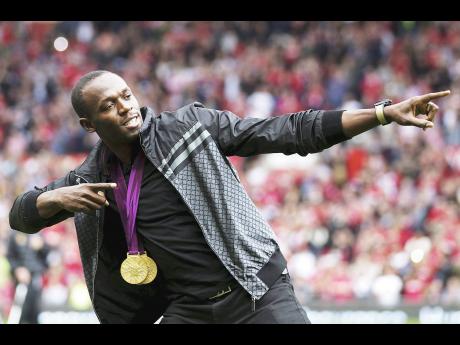 There is no question that Usain Bolt has changed the image of global athletics. At number 23, Bolt is the only track and field athlete in the world on the Forbes 2017 list of highest paid sports stars. He holds a higher ranking than tennis stars Serena Williams and Rafael Nadal, basketballer Carmelo Anthony, and footballer Wayne Rooney.

The athlete was reported to have made almost US$33 million over a 12-month period from 2015 to 2016, 10-times more than any other global track and field athlete.

It's not just products that Bolt sells; he can sell out entire stadia.

Sports Business Daily reported that Bolt could command a meet appearance fee of as much as US$400,000 and reported Alfons Juck, the meet manager for the Golden Spike Invitational as saying: "When you have Usain Bolt, you have a sell-out, you have happy sponsors, you have happy TV. No other name attracts interest like him. None of the other great athletes of the past Carl Lewis, Sergey Bubka have been like Bolt."

The Golden Spike meet in Ostrava, Czech Republic is one of the few meets at which Bolt runs annually.

Arguably the brand that got the biggest boost from Bolt was Puma. In 2011, after the IAAF World Championships in Daegu, South Korea, Puma reported that third quarter sales had increased 10.2 per cent to €841.6 million and said it was due in part to Bolt's performance which included gold in the 200m and the men's 4x100m.

"The running category in particular grew significantly, boosted by Usain Bolt's spectacular performances at the Track & Field World Championships in Daegu and by the lightweight concept which includes our best-selling Puma Faas range," said the quarterly report released in October 2011.

Last year, the company reported that sales had increased by 10 per cent, currency adjusted to €958 million.

It again gave credit to Bolt and there are reports that the company could offer the athlete a job as a regional manager following his retirement.

Puma has even suggested that Bolt's post-track career impact could be greater than that when he ruled the world.