Subbie is a good thing 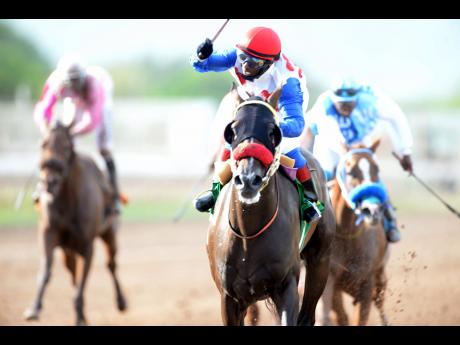 SUBBIE should be a good thing in this afternoon's Thoroughbred Owners and Breeders Association feature race at 1400 metres after placing sixth when last out, the July 15 St Leger, finishing a length-and-three-quarter behind fifth-place THORNHILL MISS.

In finishing sixth, SUBBIE had a half of the St Leger line-up behind him, a decent run for a non-winner-of-two, who is back among his peers, albeit at a shorter distance.

His main rival appears to be NIGHT LIGHT, who has been keeping really good company, but mainly as a run-on sprinter. The Gary Griffiths-trained colt was in action last week Saturday, finishing almost 11 lengths behind WESTERN WARRIOR at nine furlongs and 25 yards.

Returning a week later at 1400 metres in a race which is bound to have speed upfront, before SUBBIE gets rolling, doesn't look ideal for NIGHT LIGHT, especially carrying topweight 56.0 kilos.

SANDORI and TEN CARATS are expected to carry the fractions, ensuring an honest pace down the backstretch, sweet music to SUBBIE's ears.

Though SANDORI and TEN CARATS might be suspect up in class, they will certainly have a lot to say about the pace, possibly to the top of the straight. NIGHT LIGHT will get first run on the expected leaders but will have SUBBIE to contend with after that.

A lumbering one-paced colt, SUBBIE is no great shakes but has the distance and power-rider Ameth Robles to his advantage. He seemingly likes galloping out of the mile chute, getting off the mark at nine furlongs in May.

Though susceptible to a fast pace, which could leave him flat-footed, running three furlongs to the half-mile marker still leaves a lot of real estate for SUBBIE to get going and eventually wear down his rivals in the stretch run.