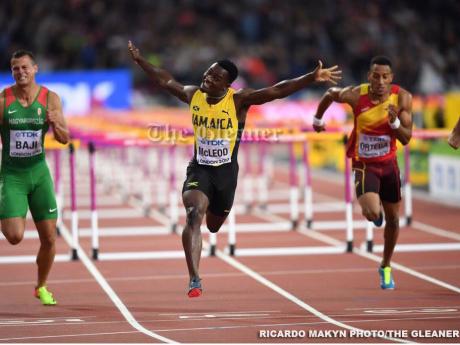 McLeod, who ran a Jamaican record of 12.90 seconds in July, crossed the finish line in 13.05 seconds.

Hansle Parchment, the other Jamaican in the race, finished in eighth place.

"It was very poorly executed," Parchment said of his technique during the race.

Jamaica now has one gold medal and a bronze medal at the championships.