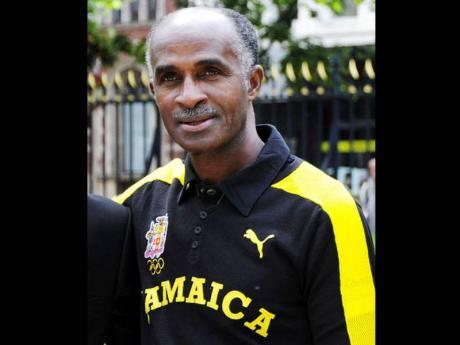 LONDON, England:
Technical leader Donald Quarrie says the mood in the team camp is still positive despite the slow start by Jamaica at the 2017 IAAF World Championships and expecting a medal rush in all four relays on the event’s final two days this Saturday and Sunday.

Speaking after Omar McLeod’s 110m hurdles gold medal was added to Usain Bolt’s 100m bronze on the Jamaicans’ medal tally, Quarrie, the 1976 Olympic 200m champion said the island’s athletes are in good spirits and are looking to continue to push along in the remaining events.

“Things are going well, we are fortunate that we have three young ladies in the final of the 400m, and we also have a finalist in the 400m hurdles for men and that is a plus because Jamaica will be showcased in these finals,” said Quarrie. “As far as team moral is concerned, it’s still very good.”

Medal contenders Elaine Thompson (100m), O’Dayne Richards (shot put), Yohan Blake (100m) and Fedrick Dacres (discus) are among those, who have seen their events go against expectations at what has been a challenging championship for the Jamaicans.

However, Quarrie is confident that the Jamaicans will bounce back and make a statement in the men’s and women’s 4x100m and 4x400m relays.

Bolt will run in the heats of the 4x100m relays on Monday, with the sprint icon saying that he wants to ensure he does his part to secure a spot in the final. The Jamaicans have not been beaten in the men’s 4x100m relay at a major championship in an eight year spell of dominance. Bolt, who ran the third leg at the 2008 Olympic Games has anchored the team since the 2009 World Championships in a period that has seen the Jamaicans beat the second place finishers by at least two hundredth of a second.

Jamaica’s women are a mainstay on the medal podium in both the 4x100m and 4x400m relays and with two finalists in the men’s 400m, there are strong hopes the team can at least match it’s silver medal performance from last year’s Olympic Games in the men’s 4x400m relay.

“We are looking forward to having our relay teams do very well. I think there is the possibility of us getting medals in all four relays. I won’t say which ones we are going to win but we want some gold medals in those relays,” Quarrie said.

The management is expected to meet with the relay teams tomorrow with a preliminary line-up expected to be announced shortly afterwards.

“We won’t name the team yet, we have a meeting with them tomorrow and by then we will name a preliminary team but it will not be the same persons running the heats and the final because of course there is Yohan Blake to be added.”