London 2017 | Riley: We can develop top jumpers in Jamaica 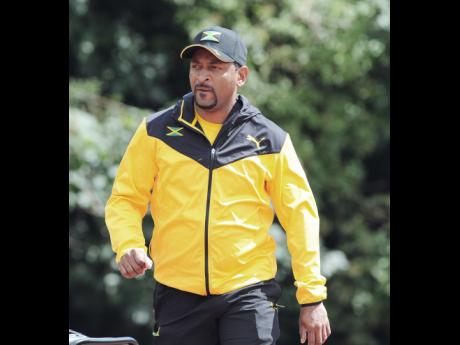 Well-respected Jamaican jumps and hurdles coach David Riley is hoping that Ramone Bailey's performance at the London 2017 World Championships will encourage others to trust the local expertise in the event.

Another locally coached jumper, Shaneika Ricketts, who is conditioned by her husband, Kerry-Lee Ricketts, finished eighth in the triple jump final with a best mark of 14.13m.

Bailey, the former Wolmer's schoolboy, has shown tremendous improvement this year under Riley's guidance at the Eagles Track Club and the coach believes Jamaica's success at the junior level in the jumps, can be reflected at the senior international level with local coaches at the steering wheel.

Riley, who described Bailey's qualification and participation at the World Championships in London as a big moment for him, added: "I've not tried too much to develop jumpers at the senior level. We've done a lot at the junior level. Many of them have not gone on or continued mainly because they have moved on to other coaches, but Ramone has really demonstrated that we can really do it locally and we are very encouraged by the results so far."

Bailey, who recorded a 8.16m personal best this year, finished 10th in his qualifying group with a 7.76m mark at the London Stadium last Friday.

"He has lost the excess weight he had at the start of the season, he regained the speed he had and speed is the biggest component in jumping far in long jump, so once you have some speed you can jump far," Riley reasoned.

"At Eagles Track Club, the focus of the organisation is just jumps and hurdles, and that's an area that we believe we can add some persons on the national team and have some global presence," Riley pointed out.

"It's important to help the other coaches realise that we can actually do it locally and that we can get jumpers out there doing well, jumping high and far, and that we can help to provide that opportunity for the athletes who want to stay in Jamaica," he continued.

Further to his point of good jumpers leaving the event and moving on to other things, the former championship winning coach at Wolmer's Boys school once counted sprinter Julian Forte among his best jumpers at the Heroes Circle-based institution.