London 2017 | Stronger for the future 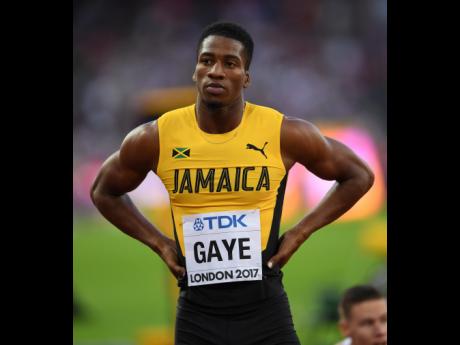 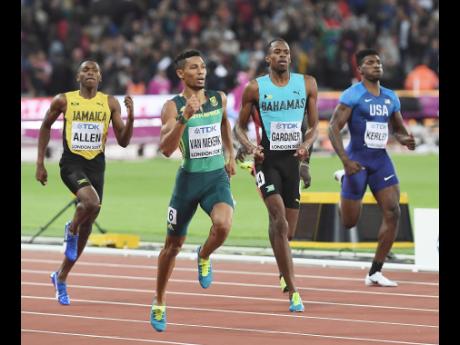 The Jamaicans left the men's 400 metres final inside the London Stadium without a medal, but the pair of Demish Gaye and Nathon Allen walked off the 2017 IAAF World Championships track with a piece of history and a healthy serving of confidence.

Jamaica has produced a plethora of top-quality quarter-milers, many of whom have made the World Championships their stage over the years.

In fact, only the United States (14 medals) has produced more World Championships medals in the men's 400m than Jamaica (four), a fact that is also reflected in the 4x400m, where the Jamaicans (nine medals) are again only better by the Americans (10), with the Jamaicans securing one less with nine medals.

Despite the healthy 400m history, London 2017 was the first championship that saw two Jamaicans in the men's 400m final, and Gaye, not a man of many words, believes himself and Allen can play a leading role in the event in the years to come.

"Yes, I think we can," he said matter-of-factly. "I am confident this experience will make me a better athlete. I am determined, and I am hard-working, and I will come back stronger."

"It was a great feeling being in the final. I felt great competing against those guys. I'm not really pleased with the time, but I did the best I could, and I give God thanks," added Gaye, who improved from failing to make the final on his first attempt to qualify for a national senior team two years ago to competing in a global final and gradually taking his personal best down to 44.55, which he ran in the semi-final here.

"I feel good about it, and I feel good to have represented my country and to the best of my ability," Gaye noted.

Despite the result in the men's 400m final, yesterday was still a positive day for the Jamaicans overall, with shot put athlete Danniel Thomas-Dodd also creating history by becoming the first Jamaica woman to directly make a World Championships final in the event.

Thomas-Dodd's second-attempt heave landed 18.42m from the ring to book her an automatic spot to the final. Kim Barrett was retroactively promoted to the Helsinki 2005 final after several competitors who originally placed ahead of her were later stripped of their performances for doping offences. Gleneve Grange struggled and only managed one legal put - 15.96m, which left her 15th in her group and out of the qualifying places.

Ristananna Tracey's 54.79-second time, which gave her the win in her 400 metres hurdles semi-final, is the second-fastest time heading into tomorrow's final at 9:35 p.m. (3:35 p.m.). She is the only Jamaican to advance. Leah Nugent (56.19) finished sixth in her semis, while Rhonda Whyte was disqualified after finishing down the track in her semi-final.

All three Jamaicans are through to the next round in the women's 200m. Simone Facey (22.98) was second in her heat and Sashalee Forbes (23.26) placed third. Jodean Williams (23.38) was fifth in her heat, but also made it through to the semi-finals.