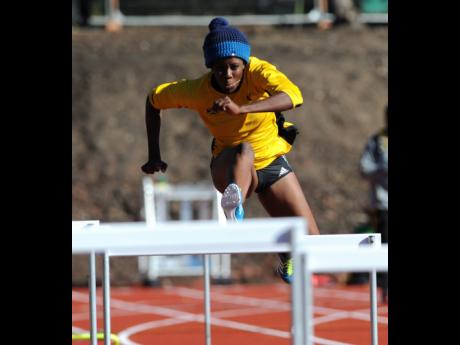 She is confident, she is in form and defending 100m hurdles champion Danielle Williams will arrive at the London Stadium for today's heats at the World Championships fully aware of her strength after an impressive build-up to the championships.

This year, Williams clocked three of her five fastest times ever in the event, two of which arrived in her last races ahead of the championships, including a confidence-boosting third-place finish in a rare showdown with the other major contenders for the podium spots at the Monaco Diamond League.

"I am definitely confident," Williams said. "I have been consistent in practise and in races, so that leads to a huge confidence lift."

High jumper Kimberly Williamson, 1.89m, finished eighth in her group and 17th overall, missing out on the final, with Natoya Goule - fifth in her heat in 2:01.77 and Kimmara McDonald, 2:09.19; seventh in hers, failing to advance to the women's 800m semis.

No Jamaican advanced from the semi-final stage of the 200m yesterday. Simone Facey, 23.01 was fourth in her semi; Sashalee Forbes finished fifth in her semi-final with a time of 23.09, while Jodean Williams, 23.32, could only manage seventh.